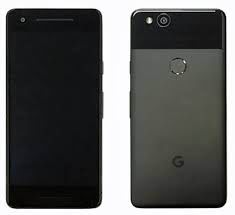 The rumors about the Google Pixel 2 and the Pixel 2 XL have started to flow in, as we wait for two of the most eagerly waited phones. According to reports, the latter will be a beautiful phone, with minimal bezels, however, the same may not be the case for the Google Pixel 2.

Google’s phones have always had the consistency of a pure software experience, starting off with the Nexus, and this continuing to be a feature in the Pixel phones. Both the pixels have an extremely smooth software, and to say that the cameras that they possess are good would be an understatement, to say the least. Even though the specs on both the phones are extremely impressive, the designs look uninspired, especially when you consider the fact that companies like Samsung, Huawei, and Xiaomi are unveiling phones with not only curved screens but also bezel-less displays. Compared to this, the Pixel phones don’t look all that great.

It is 2017, and with flagship phones coming with newly introduced technologies, such as the minimalistic nature of bezels, and the maximum screen estate. Google needed to up its game as well, and with the rumors coming in, it seems it has done – at least for the Google Pixel 2 XL. For the smaller sibling, it’s not quite the same case. For the Google Pixel 2 XL, it’s more “in fashion”, with the top and bottom bezels seem to have been reduced significantly, making room for a gigantic 2:1 OLED panel and the back “window” looks more refined.

Coming back to the subject of Google Pixel 2, VentureBeat was fortunate enough to obtain an image of the device, and if that picture is anything to go by, let’s just say that the smaller version of the Pixel won’t be getting the trendy features that we have seen increasingly in flagship smartphones this year. It’s not quite easy to tell, however, it looks as if the front of the device looks like last year’s Pixel phone or something similar to HTC branded phones. The front facing speakers are a good touch from Google, however, the uninspired design that the phone might possess may seem to be outdated, and all this before it has even arrived in the market!