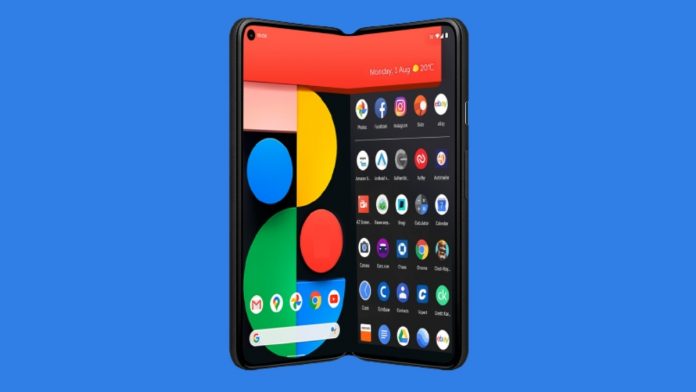 The first ever foldable coming from Google was first tipped to launch all the way back in 2019 – this was as per news coming in from some tipsters. However of course, in hindsight, this hasn’t turned out to be the case. But as of now, we’re more closer than ever to a Google Pixel Fold.

Indeed a fresh leak coming in from David Naranjo – who of course happens to be the Senior Director at Display Supply Chain Consultants, has revealed a possible Q4 2021 launch for the Pixel Foldable. It has also in fact been suggested that the device could end up making way with an LTPO OLED display.

Previous leaks which had gone on to showcase the device’s blueprint mean that it is a safe assumption to assume that the upcoming foldable will end up sporting a design rather similar to that of the Samsung Galaxy Fold series – in an outward folding design with the aid of cylindrical hinge placed right at the center. However, this came about courtesy of a leaked based on a patent which was subject to being filed back in July of last year. It’s important always to note that patents are just potential designs and hence should not at all be taken as any indication for the final product.

Moreover, there was actually also a leaked list coming in earlier from this year which mentioned a GPQ72 model number, as well as a “Passport” codename and this, was all touted to be none other than for the Pixel Fold. After all, the passport codename for a foldable device does actually make all the sense in the world. On top of all this, a recent report which made its way from Korea had been suggestive of the possibility of Samsung supplying its ultra-thin glass (UTG) to Google for the sake of the Pixel.

While Google is expected to launch its Pixel 6 series in October, there still is no word over when the foldable phones from the company will make way. However, sooner rather than later this too will be announced.

A budget phone with all you want to have