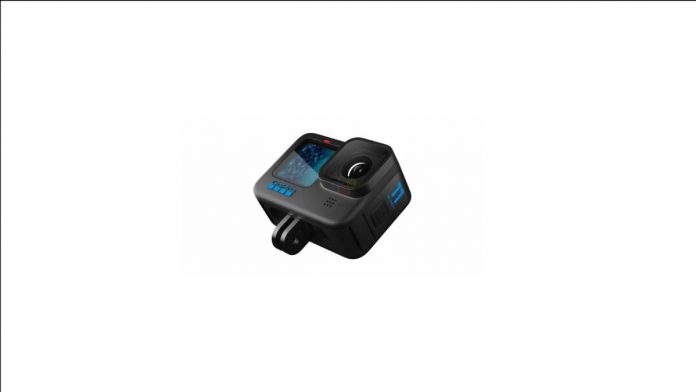 We previously wrote about GoPro’s plans to launch the brand new Hero11 Black action camera. Recent reports have revealed the date of its launch along with some of its key specs.

According to a new report that it is believed that the GoPro Hero11 Black will include an upgraded CMOS sensor, as well as an expanded field of view (FOV) over its predecessor.

The new image sensor of the next-generation action camera comes with 27 megapixels of resolution which is an increase over the 23.6-megapixel sensor of the previous model Hero10.

Furthermore the new camera is said to allow users to make 24.7-megapixel screen shots that is a step up over the previous Hero10’s stills of 19 megapixels.

As per the report according to the source, The Hero11 Black would be able to record videos with 5.3K resolution and at 60 frames per second.

It’s said to be able to capture 4K video with 120 frames per second.

Notably, the new HyperSmooth 5.0 stabilisation of images will be included in the brand new action camera.

The phone will sport the front display measuring 1.4 inches, which is similar to the previous generation and a touchscreen on the rear that is 2.27 inches.

According to reports that according to rumours, the GoPro Hero11 Black will have the same 1,720mAh battery as well as waterproof design that is able to withstand submersion to up to 10 meters.

Its GP2 CPU is likely to remain the same for this Hero11 Black variant. However small software upgrades are expected.

Facebook is getting a new Feeds and Home Tabs