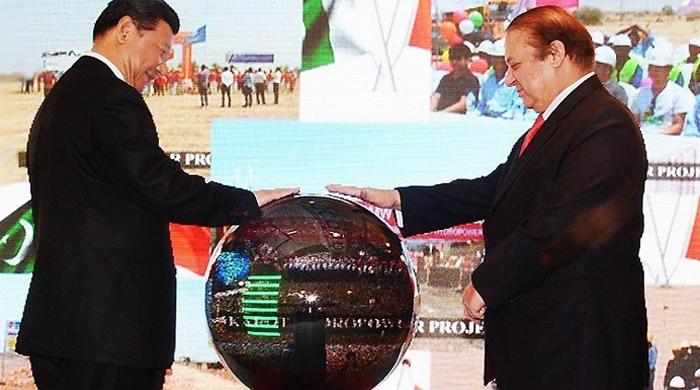 CPEC, a joint venture of Pakistan and China aiming at facilitating and expanding trade in the region has recently shown landslide development as the govt claimed that this project has already created more than 30,000 jobs for Pakistani engineers and workers as well.

Keeping in view these jobs, it is expected that CPEC would become the most dreamed game changer _that Pakistanis dreamed anxiously _ not only for China but for Pakistan too.

According to the govt,

“Out of the total 38,000 jobs, under early harvest projects of the CPEC, around 8,000 or less than 25 percent were consumed by Chinese workers. Energy projects are major employment contributor where 16,000 Pakistanis were hired as laborers or engineers”.

6000 jobs are also anticipated with the execution of two energy projects named Sukki Kinari and Karot.

According to the official statement of the government,

“A huge number of Pakistani civil and electrical engineers could grab this opportunity where hydropower projects are under execution”.

The infrastructure sector till now apart from the energy sector_  has created 13,000 jobs for the countrymen.

More jobs are expected from Gwadar Eastbay Expressway project undertaken in Gwadar, the expressway would be an 18.981 kilometers long 4-lane expressway.

Between 2015 to 2030, 700,000 jobs are expected from the super venture,  according to Applied Economics Research Center.

Moreover, the evaluation of the planning commission demonstrates that the figure may go significantly higher to around 800,000 jobs in coming 15 years.

The federal govt is also planning to establish about 29 Special Economic Zones (SEZs) in four provinces under China-Pakistan Economic Corridor. These SEZs will also contribute to the enhancement of country’s economic capacity. Expansion of the exports and provision of much-needed momentum to the country’s economy is also being anticipated.

Apple’s China market share in excess of 20% in Q4