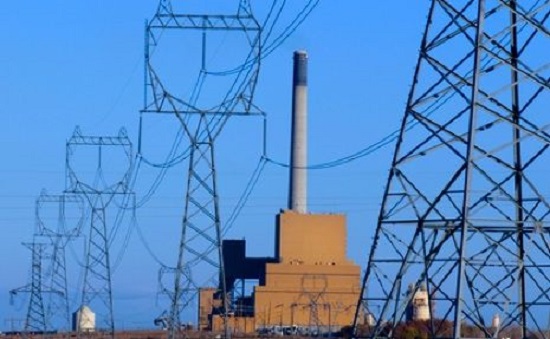 So the move take by the government is reportedly part of the Indicative Generation Capacity Expansion Plan (IGCEP) which will be operational from 2018-2040 and this plan has been finalized by the National Transmission and Dispatch Company in consultation with all the federal and provincial agencies and in addition to that th3 private sector consultants have also been taken in to consideration while devising the plan for low-cost development of future projects and to comply with regulator’s Grid Code obligations. increase Pakistan’s electricity generation capacity by 300%

The IGCEP 2018-40 represents the first complete iteration of a well sorted out planning exercise for the electric sector of the country and according to the latest news,this plan will be revised every year on the basis of ground realities including growth trajectory, consumption patterns and completion or delays in projects to ensure regulatory compliance in the overall project.

Moreover,the said plan will put the  current capacity at about 29,000MW even though total installed capacity stands for around 33,500MW including about 3,000MW of coal-based plants, 9,700MW of hydropower plants, 20,000MW of thermal plants besides 1,345MW of nuclear and 1,900MW of renewables. As such, 61pc contribution comes from all thermal sources, 29pc hydro, 6pc from renewables and 4pc nuclear. Power generation goes up to 153,000 Giga watt Hour (GWh ) at present. (As reported by Dawn)

In addition to that it is believed that this plan has been taken in to consideration on basis of three different economic growth scenarios which will run until the year 2040. At 4.5pc GDP growth rate, the government will have to increase its generation capacity to 65,100MW to generate what is thought to be around 370,500GWh. In case of 5.5pc GDP growth rate, the capacity would need to be expanded to 80,500MW to generate 458,000GWh. In high growth rate of 7pc, the capacity will be increased to 111,000MW to make available about 630,500 GWh.

Must Read: Trump and Huawei will only talk when the trade deal is done

Moreover,it has been found that the IGCEP is aiming for getting  a total capacity addition of about 98,100MW by the year 2040. This will include about 29,000MW of hydropower plants which will be complimented by 20,000MW through local coal-based plants, which can be found in the desert area of Thar. In addition to those two sources, the nuclear power generation capacity is also set to go upwards of  4,300MW as a series of large plants of 1,100MW are completed and ready to be used for the purpose.

What surprises us the most is that the plan does not stop just here, it is also been reported that around 16,000MW capacity addition has also been planned for and the organization plans to get this through renewable sources such as wind, solar, baggasseetcand the  imported coal-based generation capacity is also projected to increase to 5,000MW.

The plan is also based on existing policy limitations and system constraints. For example, 66pc energy for Regassified Liquid Natural (RLNG) projects is on ‘take or pay basis’. Although cheaper plants are available for dispatch but their generation has been curtailed to account for RLNG contractual obligations. There is a need to ponder, ascertain and establish how the fuel contracts will be negotiated in the renewal phase of these projects with respect to minimum take-or-pay fuel requirements, the plan advocates.

All strategic projects have been considered in the devised plan by the relative organization which will be overtaking the responsibility to get this job done. More it is also believed that the new plan is projected for the long term, the policy will continue to focus on least possible cost of electricity  generation options and on harnessing indigenous resources, particularly Thar coal and renewable in south and hydro potential in the North and to in turn utilize these resources altogether which will in the next 20 odd years increase Pakistan’s energy generation capacity by a at least 300%.

NetMag Staff - January 25, 2020
0
The modern-day customers want services and products that are unique, better and provide value for money. We live in a digital age of internet,...

Muahmmad Mustafa - January 24, 2020
0
One of the best phones of Oppo which was launched back in December 2019. It was an addition to the top series...
- Advertisement -

Zoom into Imagination as OPPO launches it OPPO Reno 2 Series

HUAWEI HONGMENG OS TO BE FASTER THAN ANDROID: REPORTS