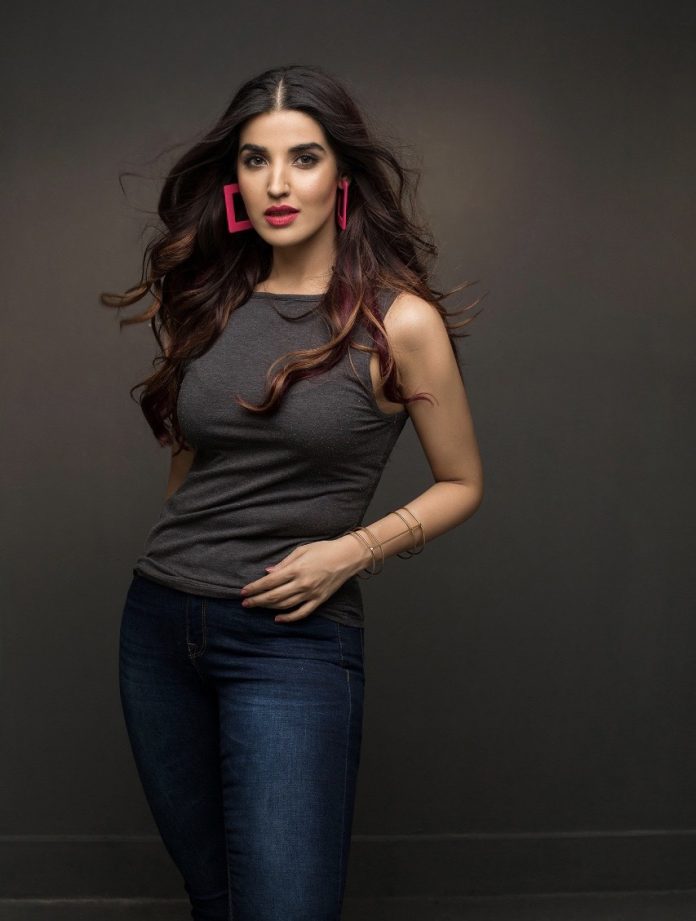 The leading Chinese Smartphone Manufacturers ‘ELEPHONE’, in collaboration with Rockville Technologies Pakistan, is delighted to announce the renowned Pakistani producer, actress and model, Hareem Farooq as its local brand ambassador for Pakistan.

Hareem Farooq is a highly acclaimed film, theatre, tv actress and producer in Pakistan, known for her work locally and internationally. Having starred in major blockbusters like Dobara Phir Se, Parchi, and Heer Maan Ja, the talented star has taken over the screens with her enthralling performances in a small period of time.

On this occasion, the actress said “I am really honored and excited to be collaborating with ‘ELEPHONE’, and to represent Pakistan for a global brand. ELEPHONE is a great new addition to the growing mobile market here, and I can’t wait to work with them.”

Must Read : Is solar eclipse visible in pakistan?

ELEPHONE will be introducing 5 of its latest smartphones in the Pakistani market, ranging from mid-tier smartphones to its flagship high end smartphones. Hareem Farooq will be featured in the promotional campaigns for the brand as their official face, the acclaimed star will participate in the marketing initiatives for the brand, including its product and brand advertising in 2019/2020.

Hareem Farooq was born May 26, 1992,in Islamabad and invested most of her time in that town before she moved with her family to Karachi. Her parents are both physicians, her dad being a public wellbeing PhD and worldwide adviser while her mum is a dermatologist. The actress received early schooling from Karachi Grammar School. She’d her bachelors in Sociology and Journalism from Quaid-e-Azam University, Islamabad, after that she started her career in acting.

Hareem Farooq is a leading Pakistani actress and model who began her career in 2012 with the theatre play “Pawnay 14 August” and “Aangan Terha”. She made her big screen debut with a leading role in the 2013 thriller film “Siyaah” and has been garnering praises ever since. After a successful acting career, the star went on to co-produce “Janaan” in 2016 followed by the 2018 blockbuster “Parchi”, and the recently released “Heer Maan Ja”. She has also starred in famous dramas including “Diyar-e-Dil”, “Main Khayal Hoon Kisi Aur Ka”, “Mere Humdum Mere Dost” and more.

Following her very first play getting the super strike, she’s given many popular dramas into the showbiz business like Doorsri Biwi and Mere Humdum Mere Dost and Diyar-e-Dil at 2015. Farooq was also a part of the television play Sanam. At precisely the identical year, she played the lead part in the movie Dobara Phir Se and has been a co-producer of the feature movie Janaan where she appeared in a cameo role. She looked at the comedy film Parchi because the lead part where she played the role of a female lie, together with co-stars Ali Rehman Khan, Ahmed Ali Akbar and Usman Mukhtar in lead roles. Besides an effective and growing acting profession, at 2015, Farooq took over an extra hat of getting Pakistan’s first female actor-producer, by linking her childhood best friend and producer of her debut movie, Imran Raza Kazmi as a spouse in IRK Movies and proceeded to generate Janaan together with him, followed with her 2018 blockbuster Parchi. In the year 2018, she went to forming a worldwide entertainment business, IHA Entertainment with Arif Lakhani and Imran Raza Kazmi, which shortly entered into an arrangement with high amusement in Kingdom of Saudi Arabia (KSA), since the very first distribution company. Hareem is also the primary female actress to find the honour of hosting The Pakistan Super League at February 2018, where she hosted the 3rd PSL opening service in Dubai.

Headquartered in Shenzhen, China, Elephone is a Chinese smartphone company, known for developing affordable high-end smartphones. The company has firmly established its foothold in France, Spain, Portugal, and Malaysia, the mobile phone company is now making its stride in Pakistan.