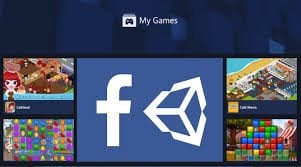 VR headset company Oculus, has agreed to work with facebook for a deal of, $2 billion to begin an independent facebook gaming portfolio

A “Unity” based approach

This gaming program will be available on both, the desktop and the web as well.

This will be made by utilizing a fully equipped Unity game engine. It is reported to be a newly developed export feature.

Elliot Solomon had a word with the press while saying that:

It is offering free service and pleasure to the beginner players of it and also a brilliant range of accessories and tools like Superhot, Ori and the Blind Forest, Kerbal Space Program, Firewatch and Alto’s Adventure.

It is perfect combination of both the Facebook and the Oculus VR for working together. The company however also claims to sale up new games and applications soon. The game developer got pay cash $2.5 billion last year. Steam also features for about 125 million consumers.

Govt Plans to Roll Out 5G in Five Major Cities of...