Hibah Rehman was a Pakistani-born, later moved to Kuwait where she had to face a condition of war in the Gulf. Fortunately, she survived the war but testimonials hindered her way but she never stopped dreaming of becoming a part of NASA.

As she said, “My fondest memory growing up is taking walks with my family at night, either in the desert or on the sidewalk by the Arabian (Persian) Gulf, looking up at the sky to admire the moon and stars, and thinking about astronauts such as Neil Armstrong who have stepped on the moon,” she said. “It was around this time I developed a passion for science, space, and astronomy”.

Nevertheless, she was encased by even more hardships when Iraq invaded Kuwait in 1990, she lived as a refugee in open desserts with her family.

No matter how much her life got stuck but she could not stop herself from dwelling herself in the fathoms of constellations. All this self-motivation dragged her to fulfill her dream to study stars; NASA.

In 1991, the war ended and Hibah returned to Kuwait and started becoming an engineer. She moved to the US in 1997 after the completion of her higher school in Kuwait.

Her services in NASA

Hibah began working in NASA as Engineering and Technology Directorate at Kennedy which her current position as well.Hibah says “I provide technical expertise, follow launch vehicle testing, perform data reviews and provide technical assessments of engineering issues. The happiest and most exciting moment of my job is to watch a rocket take off from the launch pad and go into space,” which tells her absolute craze for space sciences. 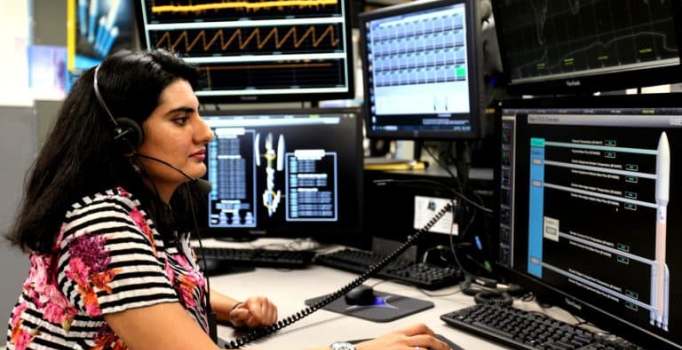 She also works to inspire others by volunteering Public Engagements which shows her strong passion in the field. As Hiba added “I love to inspire others. I speak to students at local schools about my career and have volunteered as a science fair judge.”

She motivates and asks the youth, especially girls, to “stay focused and dream big.” That is the doctrine she followed ever since she fell in love with the stars in the ruins of the Jordanian desert.