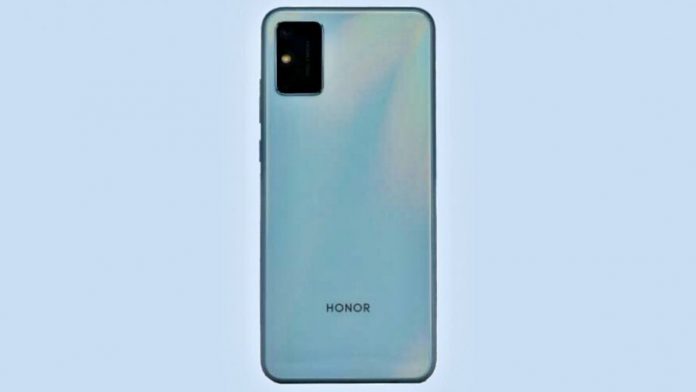 After it went on to launch the Honor View 30 Pro along with some other products at the MWC 2020, it was quite clear that honor was only working on yet another device. And now, with that in mind, a new Honor phone has made its way online at the listing of the Ministry of Industry and Information Technology, China. The listing, as one might have imagined, goes on to reveal some of the key information in relation to the device while it also goes on to reveal various aspects with regards to the design of the phone.

The smartphone has made an appearance on the database of MIIT, coming with a model number that follows : MOA-AL00. As per the listing, the smartphone will arrive with a 6.3-inch display while it will have a water drop notch integrated within. As far as the dimensions are concerned, the phone measured at 159.07 x 74.06 x 9.04mm. Moreover, the phone features with a 4900mAh battery unit within, though as far as fast charging capabilities are concerned, there is still no news. Coming back to the design of the device, the recent images which are surfacing go on to reveal a matrix-shaped rear camera design. It has at least two cameras – which are accompanied by an LED flash. There also happens to be the Honor logo placed at the back of the phone.

Must Read : Huawei have signed a deal with TomTom for provision of Maps and GPS services

Another interesting thing is the fact that there happens to be no fingerprint sensor visibly present either on the back or indeed the side of the phone. This is the biggest indicator of the suggestion that honor might go with an In-display fingerprint scanner for the device.

Unfortunately enough, apart from all these, nothing has been revealed from the listing. But we are expecting more information to come through in the next few weeks.

Xiaomi now ahead of Apple