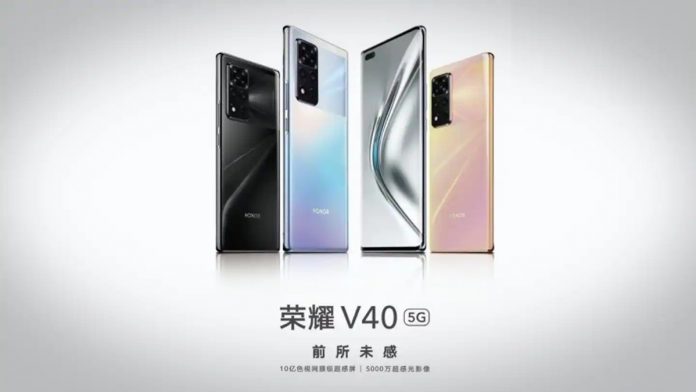 The Chinese company which was once a subsidiary brand to Huawei is set to stand alone and take on competitors in the market with their sleekly designed smartphones. It is worth noting that 2021 will mark the first full year of the company Honor to be an independent entity so folks at Honor are ready to set a mark this year. The company recently announced their Honor V40 smartphone and claimed that the Honor V40 would make its debut in the market on January 18th, however, now its believed that Huawei have postponed that launch date and have pushed to January 22nd, which means that Honor fans will have to wait 4 more days before they get their hands on the new smartphone. Honor revealed news about the delay on Weibo also said that this was delay was because of a “conference venue and equipment” issue.

The launch of the upcoming V40 will now take place on January 22, 7 am PST and the phone will also be made available for purchase on that date. The Chinese company also recently shared a poster which reveals that the smartphone will come in three different color variants which include blue, black, and peach. The front of the smartphone will come packed with a curved display along with a dual punch-hole selfie camera which can be found at the corner of the device. The display of the smartphone measures up to 6.72-inch, OLED panel which has support forn 1080p resolution and a 120Hz refresh rate. The touch sampling rate will be 300Hz.

Possibly the most eye-catching thing about the new smartphone is the humongous camera setup found on the rear which includes a 50MP main sensor, an 8MP ultrawide lens, a 2MP macro lens, and a laser autofocus sensor. The main sensor is a 1/1.5x-inch Sony IMX7XX lens. The main chipset is going to be MediaTek’s Dimensity 1000+ SoC. In addition, the phone comes loaded with a 4,000 mAh battery which has support for 66W fast charging as well as wireless charging. There is no word on the wireless charging’s power rating.

You can turn any movie or GIF into a live wallpaper...