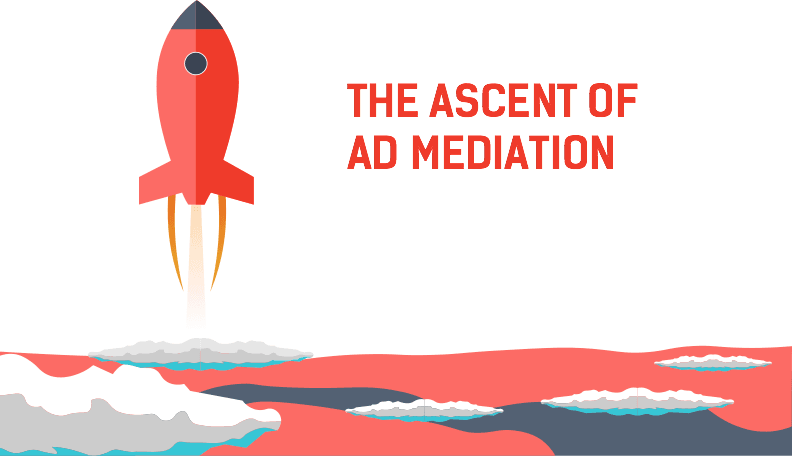 In the realm of mobile in-app advertising, there are several ad networks enabling publishers to sell their ad inventories, these ad networks have a unique set of offerings, benefits, and drawbacks. Most mobile app and game publishers have more ad inventory that they can sell through a single ad network. A single ad network won’t be enough to provide a 100% fill rate for a publisher which means that most of the publishers’ advertising inventories would remain unsold. So, in order to increase the fill rate and sell most of their ad inventory, publishers need to work with multiple ad networks. You’d be thinking that those ‘numerous ad networks’ will spoil the broth. Well, this isn’t the case. At this point ‘Ad Mediation’ could be of assistance as it enables developers set up, manage, and optimize multiple mobile ad networks with just one Software Development Kit (SDK) integration.

As you might be aware that Fill Rate is quite important for a publisher’s advertising revenue. Fill Rate is calculated by dividing the number of ad impressions an app serves, by the number of times an app requested an ad from a network.

An ad network’s fill rate directly affects how much ad revenue app developers earn, making fill rate a critical app metric in the mobile monetization world. Most ad networks are not able to provide 100% global fill rates singlehandedly. That’s why, ad networks like ConsoliAds uses ‘Auto Ad Mediation’ which increases the fill rate via a layered approach and sends ad requests to multiple, premium ad networks to ensure that the best available ad network serves the ads. Hence, opting for an ad mediation network is the most effective way of boosting your app’s revenue. 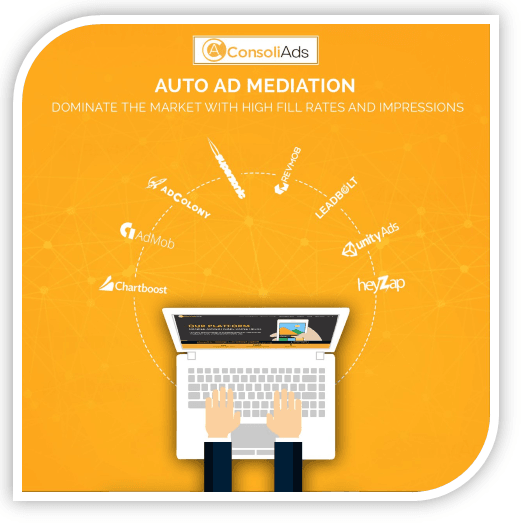 Most mediation platforms have an automated optimization feature that uses complex algorithms to place the best-performing ad network at the top. Therefore, when several premium ad networks and ad exchanges are competing for ad inventory, publishers shouldn’t be worried about unfilled ad placements.

Auto-ad mediation platforms enable publishers to get access to multiple ad networks in one SDK integration, leveraging an optimization algorithm to determine which ad network can fill the publisher’s inventory with highest eCPM (effective cost per thousand impressions).

Auto-ad mediation could potentially help app publishers achieve significant increase in ad revenue. Developers report an average 40% increase in overall ad revenue by using auto ad mediation. Because, if one ad network does not return an ad and leaves the placeholder unfilled, the platform automatically requests the next ad source on the list to serve the ad.

With ad networks like ConsoliAds which offer easy-to-use portal, now publishers just need to auto integrate their apps and get up to 20% revenue increment without the hassle of going through a lengthy and complex integration process. Publishers can sign up with ConsoliAds as their trusted monetization partner to avail highest eCPM’s through Auto-Ad mediation.

How to run Linux on Microsoft Azure cloud? You can learn...