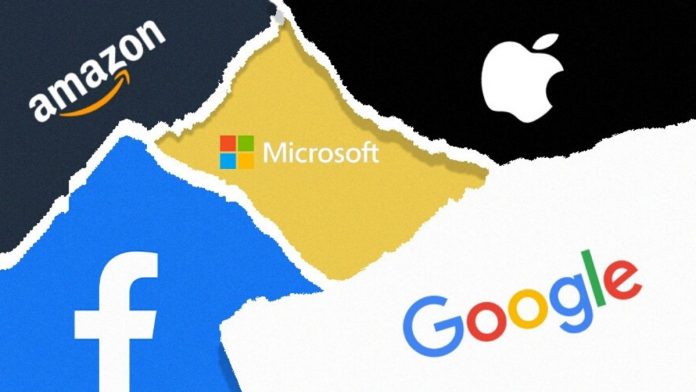 Tech giants in the US are many. Of course since the country has the biggest economy all across the globe, you’d imagine that there would be many entrepreneurs and business magnates who have made their way to the very top – and just is the case.

Especially on the tech front, we’ve seen many people succeed – as there happen to be no shortage of billionaires when taking into account tech companies – however, might this be down for a change, soon?

It feels as if the tech giant companies based in the US are in for a reckoning. Indeed in recent times, an influential senator in Elizabeth Warren has recently been known to adopt an ambitious plan so as to break up monopolies. Unfortunately enough for such companies, it seems it isn’t only influencers in the US that are looking to bring about a change – as recent news suggests that in Brussels, the EU competition commissioner Margrethe Vestager is already looking to take the dominance in play by Google out of the question.

And so as it is panning out, after years and years of exponential expansion during which such tech companies have managed to accumulate billions of users and as a result, billions and billions of dollars, it seems as if their position might change – courtesy of two women across continents to bring them into place with the power of the competition law.

Of course though, the reality is much different. Both Warren and Vestager’s decision to rectify the situation is based upon the argument of anti-trust. And while there is little doubting the fact that the competition law is in fact there for a very important purpose : shaping our lives and preventing big businesses from exploiting us – when it comes to internet giant companies that have indeed formed a monopoly : it has its limits.

Must Read : US Easing on the Restrictions Imposed on Huawei

In the US especially there are laws in place where it needs to be proven that consumers are being charged too much as a result of a company having a monopoly or a near-monopoly. Of course this whole argument is deemed invalid when you consider the fact that both Facebook as well as Google give their products away for free and others such as Amazon have actually made a name for themselves as a direct consequence of aggressive pricing.

However though, while the US law does not actually support the idea for other indirect damages to be considered – the situation is different as with regards to the system laid down by the EU. But while this may seem as an easy fix, the fact of the matter remains : drastic measures – such as forcing the break-up of a company may only be enforced if it is in fact showcased that it is the only way thereby which the problem may be identified. With that said – if a less radical step might present itself so as to fix the issue – then that is the one which should be taken!

And so while the process and argument might actually make valid sense, using competition grounds in order to reform big tech companies would require a change in the US law – fundamentally rewriting the competition law itself and then getting the new definitions passed by both the Congress as well as the EU.

But while we’ve discussed the grounds on which the monopolies might be broken legally and of course the challenges that are brought forward with it : there exists one simple question : what would breaking up Facebook actually accomplish? Well, for starters, the simplest way thereby which a company’s break-up would be carried out would in fact be as a result of a requirement to reverse the purchases of Instagram and WhatsApp – which of course would mean that there would be several huge companies competing in both the social media front as well as the messaging spaces.

Even with this procedure carried out, the core Facebook network would still remain as a multi-billion dollar company – still having more users than that of any country all across the globe and also of course massing billions and billions of dollars in revenue every year. Splitting up the core product would be a rather impractical thing to do – how can you even begin to decide on it? Would you divide the users by country – or at random? The division of course would make no sense since people would inadvertently be left with odd subsets of their friendship groups.

If the core product is then broken up, one would have to imagine that it would be in such a situation where most of us would look to migrate towards a new social networking platform – this then gaining pace and bringing back the monopoly being fought off in the first place. And so, it isn’t just the case with Facebook – rather all the tech giants across the globe : take one down and before you’ll know it, something all too similar will be there ready to take its place!

The view that many have now seemingly adopted is that such tech giants don’t just have the luxury for economies of scale, rather, they also have their network effects, their size as well as their huge troves of data. And so like I’ve said before – anything which replaces any of these companies to the extent of their current influence would just be the case of replacing one monopoly with another.

All in all, perhaps the only way thereby which dominance of these tech companies might come to an end would be as a result of consumer influence in itself. If we change the way with which we view Facebook, Google and Amazon and limit some of the dependence that we seemingly have on them – we just might bring a change.