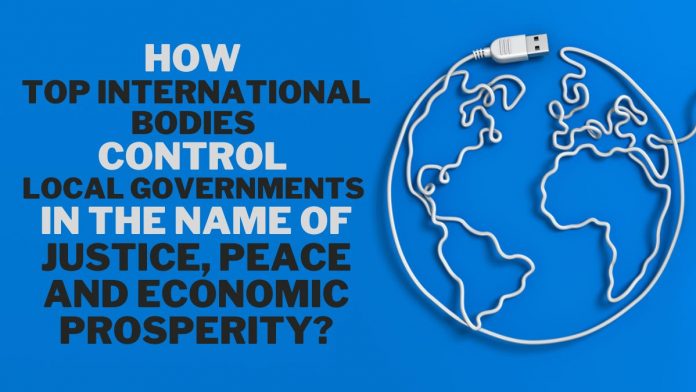 You estimate that only 2700 people are controlling the politics and economy of the world. Through institutions, companies and local instrumental governments:

Representatives of the same vulture capitalists sit in every one of the above institutions that control decision making and policy making, only allowing policies and laws to be made so that the flow of wealth remains with them to two or three thousand capitalists. They currently own most of the 400 400 trillion worldwide. These people are blinded by the greed and greed for wealth.

It is now imperative that the people of 190 countries liberate their country from the vulture capitalists and the tools of the global instrumental institutions, the local ruling class and the instrumental system, otherwise economic misery, fear and unrest will continue.

Our destiny will remain. Because the top-to-bottom economic downturn, fear and insecurity system is working. Freedom of every nation will close the economic pocket and revenue stream of these vulture capitalists, then this system will break down by itself, because it has no reality of its own. It stands on the income coming from 190 countries, for which The local ruler plays the role of country manager and CEO, but acting is public and democratic.
Movable

False Alarm, no Coronavirus found to be in goats