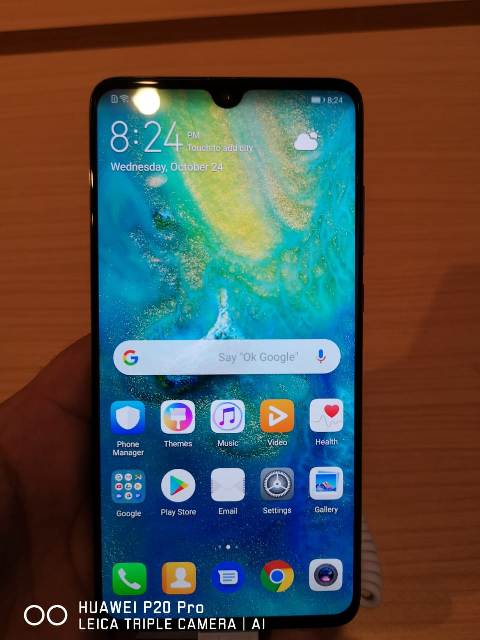 The Huawei Mate 20 pro has amazing and up to date specifications and is the first Leica ultra wide-angled triple camera phone, It also packs with it reverse charging and other tantalizing features. On 24 October 2018 the Huawei Consumer Business Group (CBG) released the much waited Huawei Mate 20 series to users in the Middle-East and Africa region and one of the many countries and cities included Dubai where an event took place at the Burj Park where the phone was unveiled to the people. The people were also treated to an eye-catching lights show which was orchestrated on one of Dubai most prized possessions the BurjKhalifa. 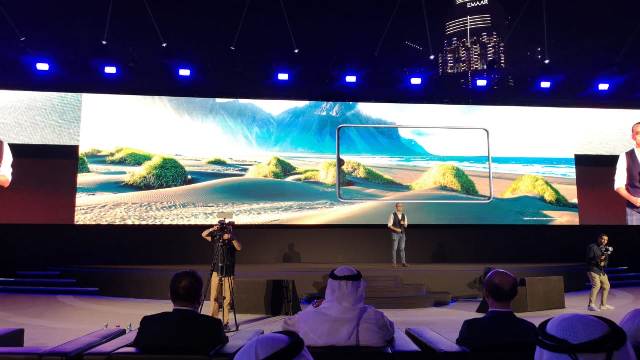 The President of Huawei CBG in Middle East and Africa, Mr Gene Jiao went on to state that “ Huawei takes utmost pride in being a pioneer in on-device Artificial Intelligence, shaping the evolution of smartphones into intelligent tools that understand users in order to assist them through innovative features such as a revolutionary Matrix Camera system, a long lasting battery and the groundbreaking Reverse Charging , The Huawei Mate 20 Series aims to empower users by responding to their daily needs and allowing them to fully immerse into today’s digital world” 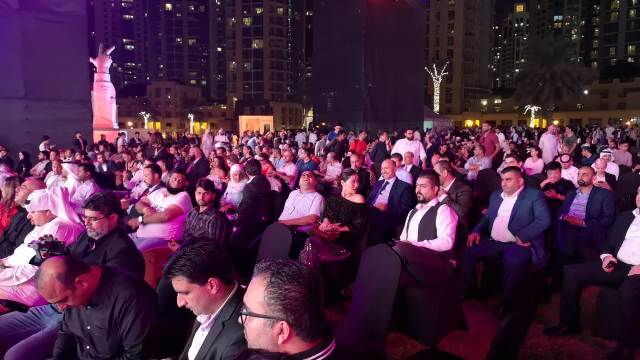 Furthermore a lightshow followed at the premises via a projection on the Burj Khalifa, then an informative and stat based presentation was put forward to the people which showed the company’s performance in the region and moreover how Huawei has grown in to becoming the second largest smartphone brand both regionally and globally, this presentation was given by Gene Jiao. As the presentation concluded, H.E Saeed Hareb who is the Secretary General of the Dubai Sports Council was invited on stage, who came on the stage to let the people know of the second year of collaboration between Huawei and the Dubai Sports Council , as Huawei will also be the official presenting partner of the upcoming Beach Soccer Inter Continental Cup which is set to take place in Dubai from the 6th-11th November 2018. Further on Gene Jiao and the H.E Saeed Hareb, together unboxed and unveiled the new flagship phone to the people present at the event. Designed with the Industry’s most powerful and creative technology, the new Huawei devices are ready to set a bar by which all other devices will be measured and that is a big thing considering the other giants of the Industry such as Samsung and Apple, who have ruled the markets for more or less a decade now.

Well now on to the high-end features of the Phone.

The new Huawei Mate 20 Pro comes with a 40megapixels main camera which seems amazing and moreover a 20 mega pixels wide-angle camera and a 8megapixels telephoto camera as well.  Together the trio lenses supports the user in capturing a wide range of focal lengths which makes the camera capture results which you might on Professional Cameras. This wider perspective creates a sense of spaciousness and gives a 3D effect to the images which would make it the first phone to possess such a feature. The camera system also supports macro distance, which makes the phone capture amazingly detailed images of objects that can be placed as close as 2.5cm from the lens. Furthermore the new phone also features a AI Portrait Color video mode. Using AI the company has been able to isolate human subjects and de-saturate the colors around them which dramatically highlights the person.

One of the other amazing features surrounding the phone is the phones amazing battery life. The phone has a 4200mAh battery and supports 40W Huawei Super Charge, which is able to give the device a charge of 70% in more or less 30 minutes. The safety of the device is certified by TUV Rheinland. Moving on, the device also supports a 15W Huawei Wireless Quick charge which makes this technology the industry’s fastest and most efficient solution on wireless fast-charging and the Wireless Reverse Charge, enable the device to work as a power bank as well for selected electronic devices supporting wireless charging. 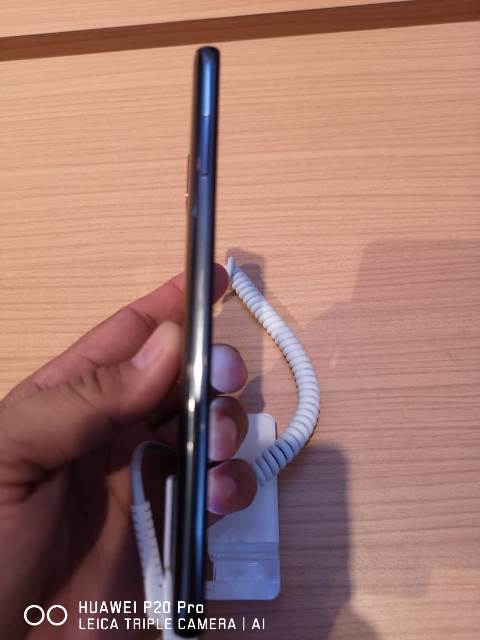 The SoC is the core of smartphones which helps users determine the phone’s efficiency and performance. The Phone’s chipset however has been designed with a cutting edge 7nm technology process; The SoC supports 6.9 billion transistors within such as tiny size. Compared to its predecessor the Kirin 970, the latest chipset is equipped with a CPU which is 75% more powerful than the previous model, the GPU that is 46% more powerful and finally the NPU which is a staggering 226 percent more powerful. The efficiency of the components has also been elevated as the CPU is 58% more efficient, GPU is 178% more efficient and finally the NPU is about 182% more efficient than the previous components. The Kirin 980 is so far the only processor in the Industry to be equipped with a Dual-NPU which gives the device a higher and more efficient AI processing capabilities to support any or all AI Apps. 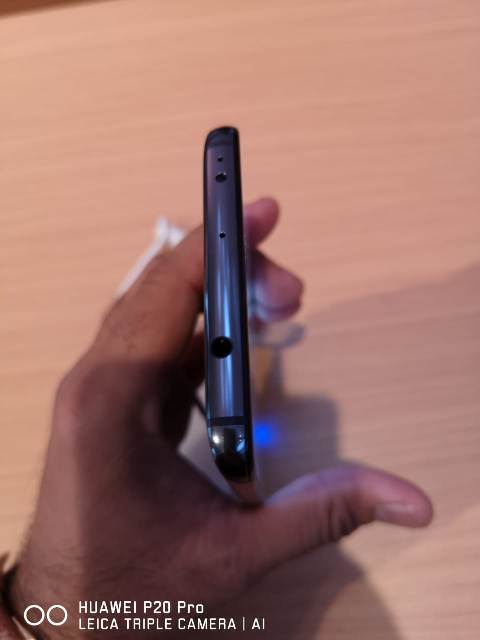 The Mate 20 Pro and the Porsche designed Huawei Mate 20 RS both support a 3D face unlock. This works by securely authenticating the users within 0.6s of time to provide you a quick access to the phone, the device also has a failure rate of identification which is about 1/1,000,000 yes one in a million, well to be honest the phone is probably one in a million. Well coming back to how it works well using the 3D Depth Sensing Camera System which is located at the front; the two devices can accurately read the facial features which you had saved in the device when granting access to this system to provide you with security. Well besides the user authentication, this device’s is multiple sensors also enable the portrait beautification results to be revealed in a much beautiful way. The Mate 20 Pro also features an in-display fingerprint scanner. The company has placed this inside the screen to achieve better speeds and success rates. The Sensor is able to pinpoint the location of a user’s finger on the screen, and is able to remove the on-screen prompt immediately when a user removes his or her finger. 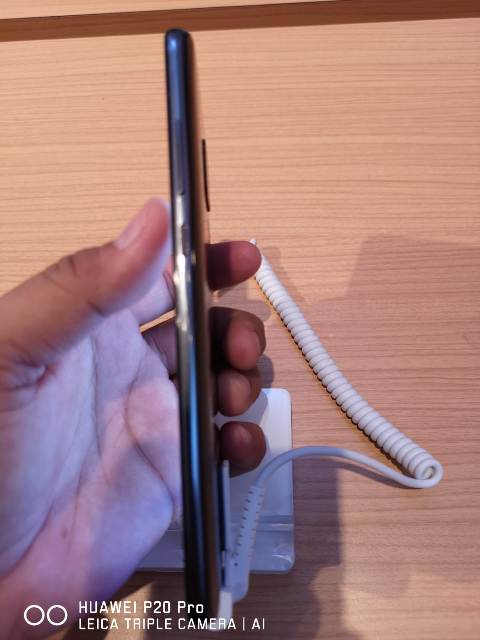 The device also comes with a EMUI 9.0, a smart operating system which is based on the Android P. There are also AI self-learning algorithms and through these the operating system is capable of giving an “evergreen” experience , which means the phone remains smooth even through extended use. Furthermore the phone also supports a new gesture navigation support which allows users to access different parts of the mobile phone in little or no time, they can use them by swiping right or maybe drawing a letter to indicate an application. This also helps in enhancing the phones capability to enhance its performance to carry out a range of tasks from object identification to food calorie counting which can be done by simply pointing the phone’s camera towards objects. Users can also create a fun Avatar using the 3D Live Object modeling; they can even dance with such avatars.

The mentioned phone is the latest in line of the mobile phone luxury devices created. It is made possible through the collaboration between Huawei and Porsche Designs. It is the fourth phone to join the amazing lineup; The Mate 20 RS however continues the tradition of its predecessors by blending in the state of the art technology with eye-catching designs. The beautiful automotive design element is put in at the back of the Porsche designed Huawei Mate 20 RS which is also a device with a Rennsport “RS designation”. In this addition of the phone racing stripes motifs are put together with all natural leather and glass. The leather touch allows for a symbolizing touch of the collaboration between Huawei and Porsche which also gives an sleek look to the phone designed beautifully by both companies. 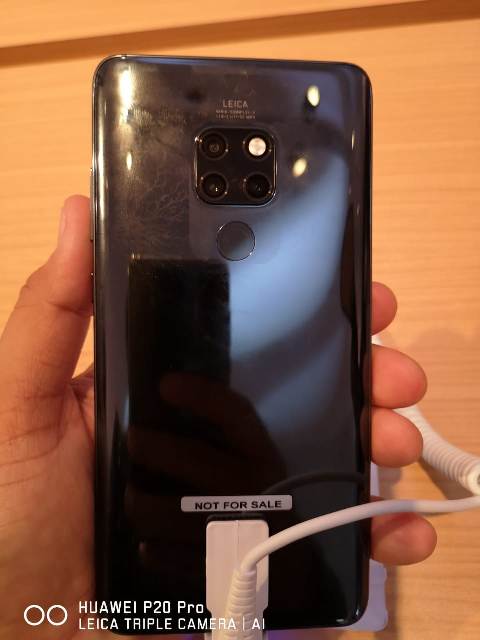 Further on in addition with the new phone being launched there was another important item which was also revealed by Huawei, The powerful Huawei Watch GT. This watch integrates all the functional specifications in a 10.6mm thick compact body. As you may have guessed the device is much thicker than any other similar products on the market and is suitable for both genders as it comes with a popular sports design with a large screen and is cell equipped and also comprises of full circle dial bezel, crow, ear, and more. It comes with the industry’s leading innovative technology in terms of the GPS which is the GPS chip which makes the watch capable of supporting the simultaneous positioning of three satellite systems for rapid and accurate positioning which completely records all outdoor exercises data with amazing accuracy and efficiency.  Moving on the Watch also gives an amazing power consumption figure, thanks to its amazing low-speed engine which enables the device to use 1/6 of the power that other similar products use. It is also packed with a strong endurance – displayed in its different scenarios such as the 24 hour one where the heart rate and scientific sleeping functions are activated.

Alongside the phones and the related devices, The Huawei Music Service comes along with each device which allows the user to get excess to millions of songs including exclusive music from top artists. This service also gives the user a Super Quality music experience along with a Party Mode which makes up to 8 devices sync with each other and play the same music at the same time allowing more sound to be made.

This event marked an amazing reveal of the new Huawei Mate series, Huawei really showed the people of Dubai that they have created something innovative, amazing and of course beautifully designed. This show-cased the phone’s amazing features and even more effective capabilities to such an extent that one may consider himself to have one step in to the future by possessing such a device. The Company is set to give amazing competition to Samsung and Apple and they should, too long has the Global Mobile Industry been ruled by two companies, I am sure that Huawei will set a bar which will be very hard to overlap, with the launch of such amazing devices, Huawei may very well be on top of the food chain. All in all it was a great event and the Phone’s and devices have certainly taken us in to the next generation of technology.

Nokia 6.1 Review – A budget Android One offering with solid...

Street Watchers to be Introduced In Islamabad