Just recently, the United States Department of Justice proceeded on to file a formal indictment against the Chinese tech giant in Huawei. The indictment aims at Huawei as it accuses the company of some serious crimes – which includes the likes of racketeering, theft as well as obstruction. While the accusations that have been made are quite serious to begin with, the indictment does not at all provide too much of evidence in order to support them.

And now, Huawei seems to be on the offensive, as a statement from the company gives the clearest of indications that it wants the US to make any of the evidence against the company public. The Chinese manufacturer has indeed maintained its stance as being innocent of all the crimes that it has been accused of.

Must Read : A thousand images released by search-engine giant Google of beautiful landscapes

The company’s cybersecurity chief said : “We just say :’Don’t hide it, don’t be shy. Publish it, let the world see.”

This particular statement specifically addresses the evidence in relation to the allegations that the company goes on to use “backdoors” in order to spy on network communications that are performed by other countries. However, there have also been references with respect to the allegations which claim that the company steals trade secrets in an attempt to bolster its own brand.

On the latter point, he was quick to point out that if it were indeed to be true, then Huawei’s competitors would be growing at a significantly higher rate than what can be seen. He said that if there were indeed lucrative trade secrets that Huawei has stolen from its competitors, then other companies should in fact be growing as much as it has.

Before the ban placed on Huawei actually commenced, the smartphone division within the company was poised to take over Korean manufacturer Samsung as the biggest smartphone manufacturer across the globe. And while the company still sits in second place to that title ahead of Apple – it is farther away from its target.

US allegations of Huawei using lawful interception are nothing but a smokescreen – they don’t adhere to any form of accepted logic in the cyber security domain. Huawei has never and will never covertly access telecom networks, nor do we have the capability to do so. The Wall Street Journal is clearly aware that the US government can’t provide any evidence to support their allegations, and yet it still chose to repeat the lies being spread by these US officials. This reflects The Wall Street Journal’s bias against Huawei and undermines its credibility.

Huawei’s role as a telecoms vendor is to provide equipment that follows 3GPP/ETSI standards, just like every other vendor. We are obligated to follow industry-wide lawful interception standards like 3GPP’s TS 33.107 standard for 3G networks, and TS 33.128 for 5G. This is where Huawei’s obligations with regards to lawful interception end.

The actual administration and use of lawful interception interfaces is conducted solely by carriers and regulators. Interception interfaces are always located in protected premises on the operator’s side, and they are operated by employees who are vetted by the government in the countries where they operate. Operators have very strict rules to operate and maintain these interfaces. Huawei doesn’t develop or produce any interception equipment beyond this.

Huawei is only an equipment supplier. In this role, accessing customer networks without their authorization and visibility would be impossible. We do not have the ability to bypass carriers, access control, and take data from their networks without being detected by all normal firewalls or security systems. In fact, even The Wall Street Journal admits that US oﬃcials are unable to provide any concrete details concerning these so-called “backdoors.”

Cyber security and user privacy protection are Huawei’s top priorities. The remarks made by US officials completely ignore the huge investment and best practices of Huawei and carriers in cyber security risk management. We are very indignant that the US government has spared no efforts to stigmatize Huawei by using cyber security issues. If the US does discover Huawei’s violations, we again solemnly request the US to disclose specific evidence instead of using the media to spread rumors. 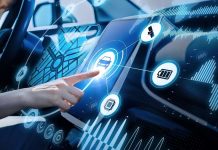 Huawei Planning to Add a Car to its Range 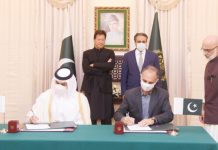 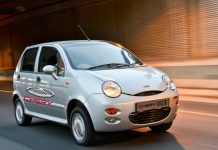 Lahore Traffic Police to launch its very own app – RASTA