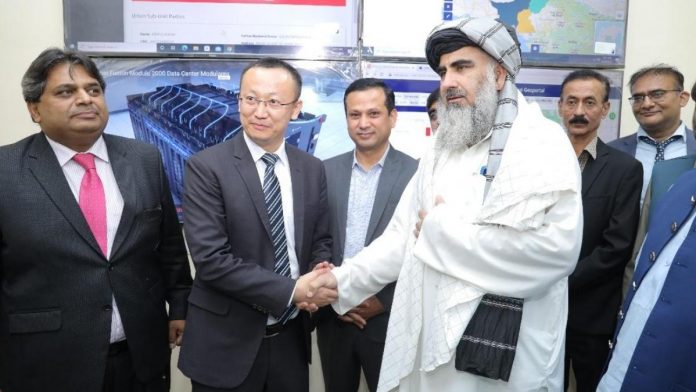 Huawei and its Tier-1 partner CMC achieved a notable milestone after building a Tier-3 Data Center facility in Evacuee Trust Property Board, Government of Pakistan. This state of the art Data Center has been up and running after the formal inauguration held on Sunday by Mufti Abdul Shakoor, Federal Minister for Religious Affairs and Interfaith Harmony. Chairman Evacuee Trust Board, Mr. Habib ur Rehman Gillani along with other Government dignitaries, Mr. Robin, MD Digital Power Huawei Pakistan, along with other members from the Huawei and CMC Team who were also present at the event.

This Data Center will be able to provide automation inside the board and give access to the properties that come under the supervision of the board to help monitor, safeguard, maintain and earn revenue in the times to come.

While talking to the media, the Federal Minister stated, “The newly-established data center will maintain all the Evacuee Trust Property Board properties and lands, record of leased land, and profits calculations.” He further noted that the Ministry for Religious Affairs aims to reduce hardships endured by the minorities through strict monitoring of evacuee lands with digitalization. He held the opinion that in today’s world, digitalization is a must for speedy development. He lauded Huawei and the ETPB for establishing the data center, asserting that the entire department is being shifted to modern technology through digitalization.