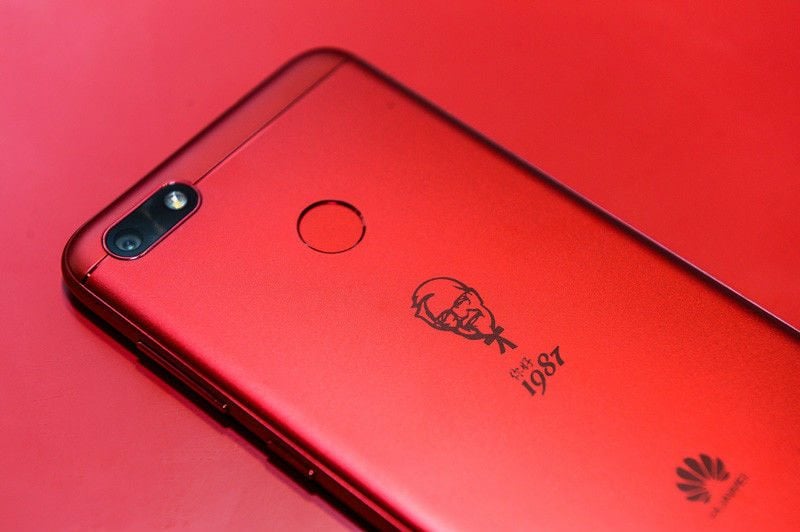 In the more recent bizarre events taking place in the smartphone playground, it has now been revealed that KFC and Huawei are making a smartphone together. This particular smartphone will cost a hundred dollars and will be a limited edition one, to be released in China, in order to celebrate KFC’s 30 years in China.

The phone, yet to be named, though we are not really sure whether it will have a name will not only come with the famous Colonel Sander logo on the back, but will also feature a 5-inch screen, a Qualcomm Snapdragon 425 processor, 3 GB of RAM, 32 GB of storage, with microSD expansion up to 128 GB. There is also a rear-mounted fingerprint scanner, so you’ll be feeling pretty premium. The phone will also come with a 3,020 mAh battery, so battery issues aren’t something to be really worried about, as it hopefully will get you through the day, well, somewhat.

Also, compared to the Moto E4, the phone compares well, especially with regards to the battery and the RAM, however, it is also true that the Moto E4 is likely to be a few dollars cheaper.

But it is also worth noting that another thing which the Moto E4 will not have is a pre-installed KFC-branded music app. This app is made exclusively for this KFC phone and will not only allow you to create playlists but also share them while you visit your favorite KFC location. Sounds pretty cool, doesn’t it?

KFC and Huawei are joining hands to release only 5000 of these phones, and they will be roughly available for around $162.

Here’s how the HUAWEI AppGallery can help you stay sane, entertained...