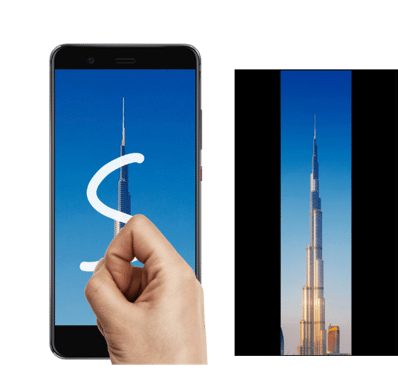 Many of Huawei’s key smartphone innovations are not directly visible to the public at large. This is especially true of Huawei’s EMUI user interface, which boasts many lesser-known but incredibly useful features. One of these is the knuckle tap, and its inclusion in the interface is part of Huawei’s commitment to making as many functions as possible accessible within 3 taps or less. I’d, therefore, like to take this opportunity to briefly review some of the key knuckle tap functions, which provide more ways to work efficiently on your Huawei smartphone.

First of all, if you’ve ever wanted to quickly and easily copy an article, long conversation, or any other bit of long-form information, it’s very simple with the scroll shot function. Simply use your knuckle to firmly tap once anywhere on your screen, and without lifting, draw the letter “S”. The page will automatically scroll downwards, copying all content until halted, which can be accomplished by tapping the screen, with either your finger or knuckle. After this, a preview of your scroll shot will appear, along with the options to edit, share, or delete.(As the following picture) 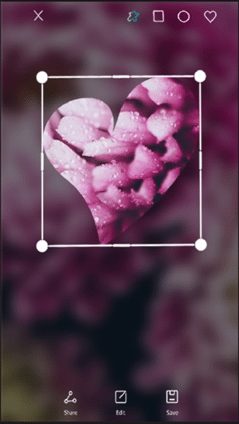 It’s also easy to take a standard screenshot. To begin, use your knuckle to firmly double-tap anywhere on your screen. After this, a preview of your screenshot will appear, along with the options to edit, share, or transition to a scrolling shot.

For those who are more artistically minded, the option to take a custom screenshot is also available, in any shape you can imagine! Simply use your knuckle to firmly tap the screen, and without lifting, draw any shape you choose. Your custom screenshot will then appear with the options to edit, share, or save. On the edit screen, you will also be able to select preset shapes, including a rectangle, circle, and heart.

Last but not least, EMUI’s knuckle tap allows you to easily transition to split screen. When an app is open, use your knuckle to firmly tap your screen, and without lifting, draw a horizontal line from left to right. After this, your open app will shift to the top half of the screen, and in the bottom half, you will have the option to choose another currently running app for the bottom half.

May 26 might be the launch date for Mid-Range Huawei Nova...

Both iPhone XI and XI Max cases now in stock