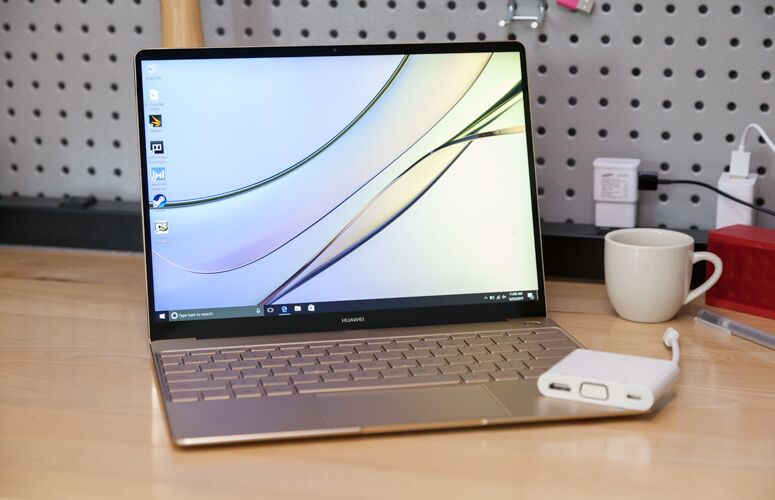 Huawei has made its entrance into the Windows 10 notebook market with a rather impressive MacBook clone, called the MateBook X. The device is quite similar to the 12-inch MacBook by Apple, however, Huawei took the authority to improve their device in certain ways, which we might have liked to see present in the MacBook. One particularly good addition is that of the second USB-C port. The 13-inch MateBook X will be available for pre-order today and will cost you $1100. The machine is powered by Intel Core- i5, coming in with 256GB of storage, in space gray color. If you are more interested in a more powerful machine, then you can also have the Core- i7 version, however, you would have to spend $200 more. This particular version of the machine comes in 512GB of storage and will be available in prestige gold. Better deal? You decide.

So, in the most basic of terms, if you want a MacBook, but you would rather have it running it on Windows, then buying MateBook X would be an easy choice to make. Even though the two machines are very similar, Huawei at least had the courtesy to include a dongle with USB-A, USB-C, HDMI and VGA access. And if it’s of any importance to you, then note the fact that the keys present on the MateBook X have 1.2mm of travel space, unlike the nearly-flush butterfly key setup on the MacBook. This might be regarded by some as a good thing to have. All about preference, though.

So, the MateBook X is a very good and powerful machine, and by just an additional 200 dollars, you can get the more powerful version, something we don’t usually see done by Apple. If you’re willing to spend so much money, why not try something new and just buy the MateBook X, similar to the MacBook, but having somewhat better features, as mentioned earlier. Value for money when compared to Apple’s MacBook? Perhaps.