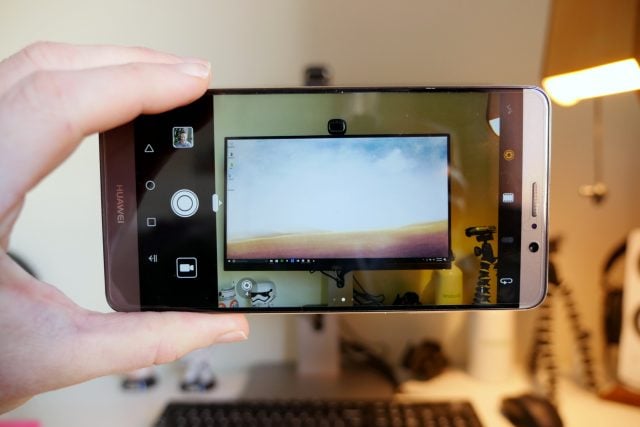 The Huawei Mate 9 has turned into one of the best smartphones released in 2016. After CES 2017, Huawei released the device in the US and is still turning heads. However, at CES, Huawei also announced that the device would be receiving an update which adds Amazon Alexa.

Unfortunately, that update isn’t arriving just yet, but there is a new update on the way which adds a 10x zoom option for the camera, as well as optimizing “the drawer home screen display”. The build number for the update is “MHA-L29C636B158”, and was found on Huawei’s list of updates, complete with change logs.

This update adds a 10x zoom and optimizes the drawer home screen display.

Added a 10x zoom, which enables you to take clearer photos from a distance.

Some users are claiming that the update has started rolling out to their devices, so if you have the Huawei Mate 9, just be patient for the OTA notification to hit your device.

Huawei has also launched an exquisitely designed ‘Black’ version of its flagship device – the Mate 9 in Pakistan. The discerning consumers in search of an ultra-powerful device with a sexy sleek design which reflects their personalities will truly be overwhelmed by its inspirational appearance. The Mate-9 Black reflects a dazzling first impression that lasts, as its timeless design portrays a lot about its user’s taste and class.

The pre-bookings for this device have been extremely well received and only limited numbers are left. Consumers can get their hands on the Mate 9 Matte Black version at all Huawei brand outlets or on www.daraz.pk

Galaxy A71 5G with Exynos 980 makes an appearance on Geekbench

NetMag Staff - February 27, 2020
0
Pakistani youth’s most favorite brand realme has been launching a number of smartphones from past one year keeping with its lineup for...

Muahmmad Mustafa - February 26, 2020
0
Operating system market shares might be thought of as the money earned by respective companies through their operating systems. Companies that have...

Mustafa Faisal - February 26, 2020
0
Tech giant Google has finally developed its first ever Google developer space – with the setting up taking place in Africa. The...
- Advertisement -