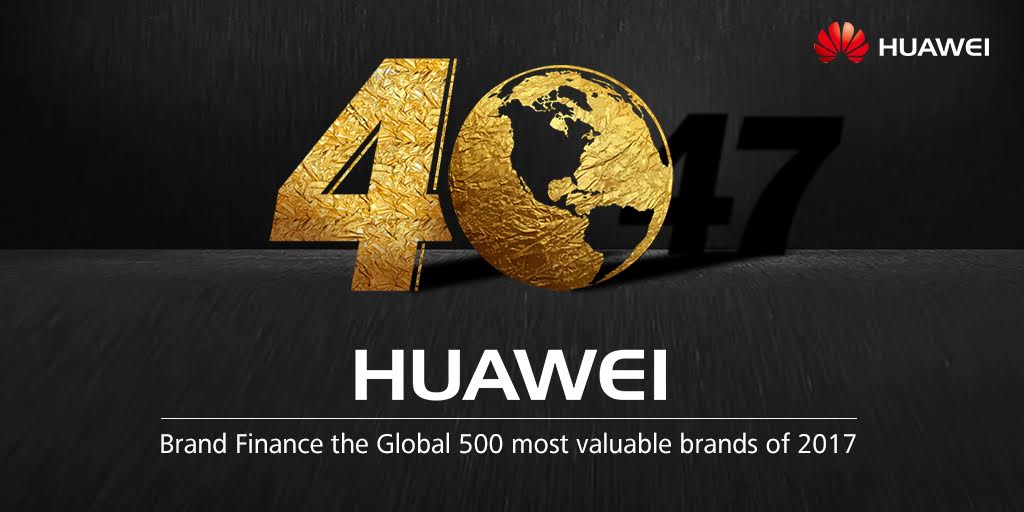 Huawei has been ranked 40th  on the ‘Most Valuable Brands ’ list within the Global 500 ranking of 2017, released by the prestigious ‘Brand Finance’ platform. Being a research-based forum – ‘Brand Finance’ specializes in Brand Valuation and the valuation of Intangible Assets. It evaluates the performance of world-leading brands and measures their potential.

This reflects a tremendous improvement in Huawei’s Brand performance, as this global leader in technologies has continued to innovate and create fascinating devices and pioneering solutions, that can meet the fast-evolving needs of the modern-day consumers of telecommunications and digital connectivity.

‘Brand Finance’ calculates ‘Brand Value’ by determining the value a company would be willing to pay to license its brand as if it did not own it. This approach involves estimating the future revenue attributable to a brand and calculating a royalty rate that would be charged for the use of the brand. Multiple attributes such as; emotional connection, financial performance, and sustainability, etc are taken into account. The brand performance is benchmarked against competitor brands, while several kinds of financial analyses are also conducted.

With its stellar performance Huawei has managed to secure the 40th spot on this prestigious list and with its aggressive growth plans in 2017, It looks well on its way to achieving its 2017 target of becoming the biggest mobile phone supplier in the world in terms of units produced.

60% of the smartphones that shipped in Q3 of this year...

Pre-order HUAWEI Y6 Prime 2019 in an Exquisite Leatherette Back