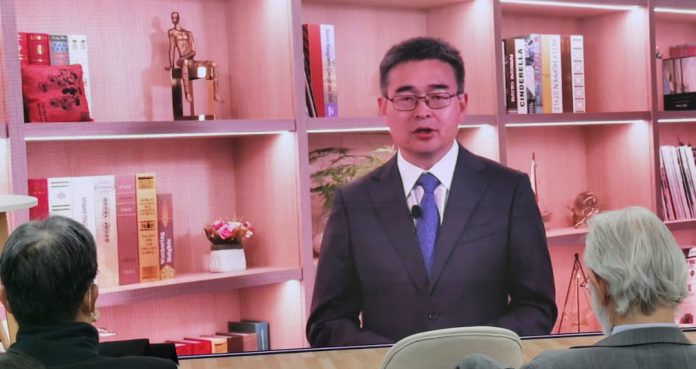 According to the International Energy Agency (IEA), the main sources of global carbon emissions are electricity, industry, and transportation. The electricity and transportation sectors account for 40% and 21% of carbon emissions respectively. The ICT sector consumes 4% of global electricity. To achieve carbon neutrality, low-carbon electricity production and electric energy consumption are a must. Huawei Digital Power works with partners to continuously innovate on energy production and consumption to achieve green and low-carbon outcomes:

 In smart PV, Huawei develops a clean power system that focuses on renewable energy technologies such as wind, solar, and energy storage. In the Middle East, Huawei is helping Saudi Arabia’s Red Sea Energy Storage Project supply power to the entire city. This project will use the 400 MW PV + 1.3 GWh energy storage system, going to meet the energy requirements of millions of people in the future. Once the project is rolled out, the city will be the first in the world to be powered with 100% clean energy of PV and storage.

 In energy digitalization, Huawei leverages a combination of digital and power electronics technologies to reduce consumption during energy conversion, storage, and use, thereby improving energy efficiency. Huawei, together with China Southern Power Grid, uses AI technologies to automatically identify typical risky scenarios and defects on transmission lines. Thanks to the new preventive maintenance approach based on intelligent analysis and manual judgment, the time for completing onsite work is shortened from 20 days to 2 hours, improving the efficiency by 80 times.

 In site power facility, Huawei uses cabinets instead of rooms and poles instead of cabinets to simplify sites, and have launched a series of off-grid fuel-removal power supply solutions to help carriers accelerate network carbon neutrality and bridge the energy divide. For example, the carrier in Zhejiang, China used Huawei Site Power high-density eMIMO technology to replace six cabinets with one cabinet, reducing the footprint from 5 m2 to 1 m2 and improving the site energy efficiency from 85% to 96%. They also adopted Huawei’s green power solution where the unique iPV technology helps generate 20% more electricity, enabling PV to become the main power supply for green ICT networks and reducing carbon emissions by 8 tons per site each year.

 In data center facility, prefabrication, modularization, and intelligent technologies are used to build simplified, green, intelligent, and secure next-generation data centers. For example, Huawei’s prefabricated modular data center solution helped Wuhan quickly build an AI computing center. The center was built in 120 days and put into use in 180 days, shortening the rollout time by more than 50%. In addition, AI energy conservation technology is adopted to decrease the PUE to 1.25, which represents a saving of more than 3.4 million kWh of electricity each year. In addition, carbon dioxide emissions can be reduced by approximately 42,000 tons over the course of the lifecycle.

Huawei adheres to the green pledge of “Tech for a Better Planet” and has continued to invest in reducing carbon emissions, promoting renewable energy, contributing to a circular economy, and conserving nature with technology. As of September 30, 2021, Huawei Digital Power has helped customers generate 443.5 billion kWh of green power, save 13.6 billion kWh of electricity, and reduce carbon dioxide emissions by 210 million tons, which was equivalent to planting 290 million trees.

realme claims to be one of the Top 5 smartphone brands...