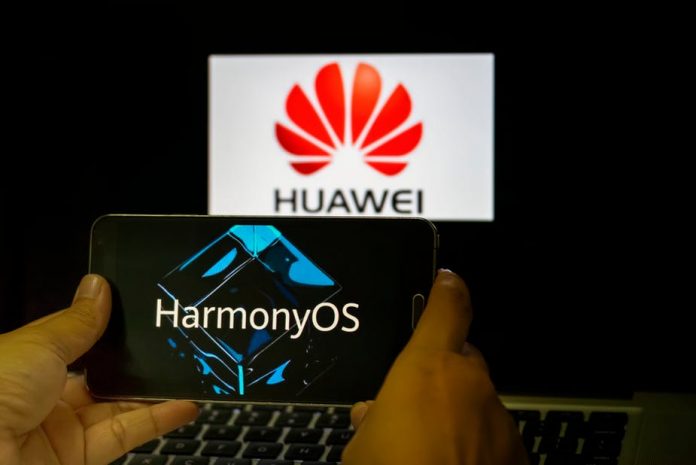 The Huawei developer conference just concluded for this year, and it is here that the Chinese manufacturer proceeded on to announce its Harmony OS 2.0 – which happens to be a newer version of the company’s self-developed operating system which will go on to power a larger variety of devices that will be produced by Huawei. And now, in the latest turn of events, an image going on to show a logo has leaked which reveals Huawei’s plans to use for devices powered by this latest OS.

The image was posted on Weibo and goes on to show the “Powered by HarmonyOS” logo which should in fact make an appearance on devices (and services) powered by the OS. It is actually similar to the “Powered by Android” logo that you see while booting up an Android smartphone.

Must Read : Huawei’s Petal Search is no Search to Scoff at! Look Out Google!

The logo indicates that HarmonyOS will indeed power a large variety of products – and these will include the likes of watches, cars, earphones, laptops, smart speakers, smart TVs and of course smartphones. Such devices will of course in turn control other Huawei smart home products. It is indeed expected that the particular picture will make appearance when booting up a device as well as on their retail boxes.

The Chinese manufacturer already has some products that happen to run on the new operating system. Just last year, the Huawei vision was announced – which of course happens to be a smart TV with a 4K Quantum Dot display. The tech giant has also since proceeded on to announce that it will announce a Harmony OS-powered TV on the 19th of September – and this particular TV will be available worldwide and won’t just be reserved for China.

Also, starting next year, phones that will in fact be powered by HarmonyOS will be subject to being available for purchase in the market and the Chinese company says that it is already working with partner companies such as Midea so as to launch smart home devices that will work with the OS.

Free TV channels to be offered by Google TV?