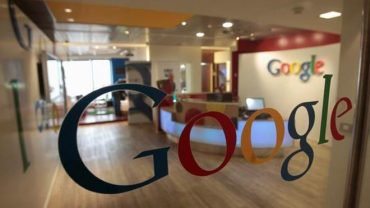 In 13 different parts of the area called Sunnyvale, Google has made land purchases which will amount to no lesser than $820 million. This whole property might plan to run as a future campus, with the luxury of having a huge working area. However, as of yet, Google has not revealed why the property has been bought, and what purpose it will serve.

Google is currently headquartered in California, and the company has been no stranger to the brokerage that goes along in the field of real estate. Google has been dealing with real estate brokerage for quite the while, grabbing the deals it thinks is fit. The land grab that the company has overseen is quite substantial and is a huge testament to the company’s growing stature over the past couple of years. To say that only this deal is worth noting would be wrong, because of just a month back, Google’s partner, Tim Crow bought land parcel which is estimated to have cost around a 100 million dollars. This purchase was made in San Jose.

These two deals that Google has carried out are clear indicators that the company wants to expand its base, and wants more influence over proceedings worldwide. This influence will expand from San Fransisco, where Google is currently present, to the likes of San Jose, where the land parcel was purchased by Tim Crow, and of course, as previously mentioned, in Sunnyvale, where Google has most recently bought property. The expansion also makes sense for Google. Already having more than 72,000 employees at its expense, and growing even further, it is very smart for the company to look at alternatives, to facilitate the ever-growing employees, as if there aren’t a handful present currently at the company’s disposal. The strategy might also be deemed closed to the close rivals that Google has, in the form of FaceBook and Apple, but only with a wider base of employees spread across all over the Bay Area.

Inside Story : Huawei to launch its own OS soon.