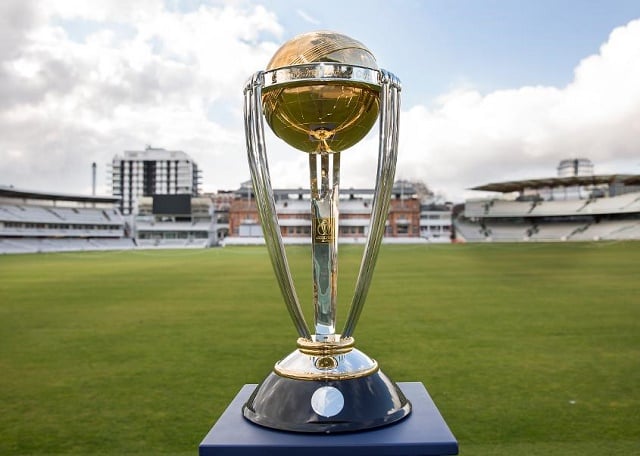 So the ICC’s mega event of the year is just around the corner now and cricketing fans all over the world can simply not wait for the event to start. This is cricket biggest even which occurs after every 4 years and nations train very hard to make an impression on the event. A lot is at stake over here with many rivalries set to take place. India vs Pakistan, England vs Australia, Australia vs New Zealand, fans will be able to see all of these rivalries takes place in the upcoming event.

Moreover, the most prominent sides include, 5 time world cup holder Australia, who will also be looking to retain the world Cup after winning it back in 2019, one of the favorites without a doubt will be India who have held the world cup 2 times and recently won the World Cup in 2011, who can forget the ever mercurial Pakistan, a cricketing side which always does the unexpected and they are a force to look out for as they have showed in the past, they have the ability to completely shock the world, as they did in the Champions Trophy 2017, by winning the event, England who are the hosts of the Worldcup will also be favorites to uphold the Cup, with a strong side, South Africa who are a very strong side but have never won the world cup, as they seem to bottle up the chance to hold the World Cup, history tells us their choking ability and then we have the Kiwi’s who were finalists in 2015 and almost won the Cup, but fell a little short but they will be seeking redemption. Moving on we have Bangladesh who should not be underestimated, they can be a very strong force as they have shown in the past, Afghanistan made an amazing impression at the 2018 Asia Cup and will be looking to once again give the world some shockers. Sri Lanka have been out of form for some time now but who knows, may be this is the time they rise up from the ashes and finally we have the two time World Cup holders and the nation who won the very first World Cup held in 1975 the West Indies who will be looking to make their nation proud and to once again establish a a reputation of becoming a very deadly side.

Well without further a due, here are the fixtures for the mega event starting from May 30th 2019

30 May, England vs South Africa The Oval, London

PIA designate special flight for the US scheduled for June 14th

Islamabad’s Only Zoo Closes After All Animals Transferred