There is an endless list of the illegal works and ways of the people in Pakistan being used to getting money without taking the notice of after effects and the harm that society faces due to these doings, in Pakistan. Smuggling of the human beings and illegal ways of sending people abroad are also at the top of this list.

District Mandi Bahauddin has dominated the Pakistan for human smuggling and due to this smuggling thousands of people have lost their lives.

Sajid and Fayaz are brothers and they are deceiving several civil organisations including  FIA.

Claiming to be the owner of legal travel agency, these illegal agents have a shop nearby the passport office and claims to be authorised to send people outside the country.

They serves the people from changing their dates of birth in CNICs to providing them passports and other documents required to go outside the country.

After getting massive fee from the innocent people for providing them passports and other documents, they use illegal tracks to let them go Turkey,  Iran and European countries, through a long and horrible journey.

Rizwan, an employee at the canteen of International Air port Lahore is also doing such kind of smuggling.

This is new trend in the way of human smuggling that has caused death of thousands of people on the border. Border security forces often shot the people being smuggled to death and the people who survive border forces faces other challenges.

According to a survey report, these illegal travel agents have smuggled more than 1100,000 people during the last 15 years. And according to the institution responsible for this survey 6,00,000 people have been found but the rest of the people not found yet.

Reports say that these agents are provided security from the upper classes of the country in retaliation of the payment they receive. That’s why the era from 2005 to 2016 is seen to be the best for human smugglers.

This human smuggling does not only effect the life of the person they smuggle, rather this act of intense brutality brings the lives of their families and a long lasting gap is created in between the prosperity and the affected families.

seems to be an impossible task so govt if Pakistan should enforce some laws and such illegal happenings should be stopped and wrong doers behind such cases should be brought to their fate.

But the first and foremost responsibility goes to the public if they really want not to be deceived. Public own their own behalf should take care of their relatives, money,  and their happiness as well. The core responsibility for this illegality goes to the people who get indulged in the issues of using illegal ways to hit the land of European and other countries. 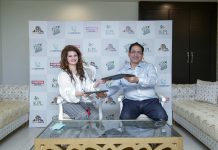