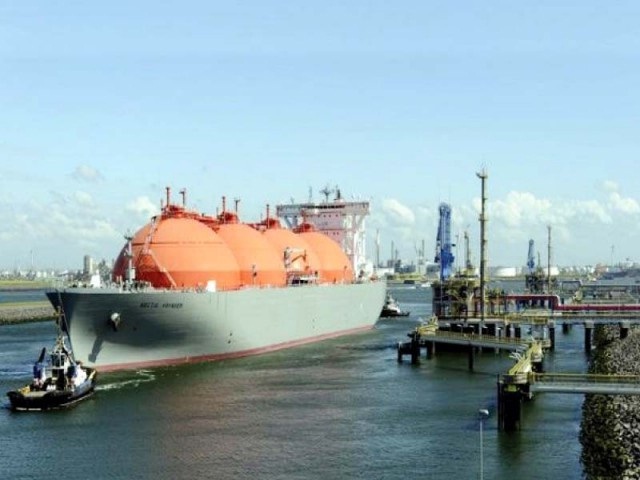 Around 8 months back, Pakistan signed a 15-year agreement with Qatar for import of 3.75 MTPA (Millions Tons per annum) to meet its growing energy needs as all the existing natural gas reserves appeared insufficient to bridge the ever-increasing gap between demand and supply of the commodity.

“The country had no option other than to import gas whether it is LNG or through Iran-Pakistan and Turkmenistan-Afghanistan-India gas pipeline projects as the country’s existing reserves are depleting and there is no major find since long,” officials of Ministry of Energy (Petroleum Division) told APP.

They expressed confidence that the LNG import would prove to be a game-changer for Pakistan because it was considered an essential part of the energy mix needs of emerging economies.

The world is turning towards LNG and emerging economies such as China, Korea, Japan, India, Thailand, Indonesia, European Union, and Brazil ensure that LNG remains part of their energy mix requirements.

Japan is importing 80 million tons of LNG every year (MTPA) and India 15 MTPA to the commodity’s low price and efficiency as compared to other fuels.

Pakistan’s gas supply-demand gap has reached 4 Billion Cubic Feet per Day (BCFD) as total unconstrained gas demand of the country is 8 BCFD against total supply of 4 BCFD. Needless to say in winter the demand rapidly increases.

They said LNG was the cheapest alternative fuel and the only instant available remedy to meet the country’s energy needs when the existing natural gas reserves were diminishing.

“LNG is available to consumers at cheaper rate than LPG. RLNG price for consumers will be lower than the prices of other alternate fuels. The price of LNG for consumers is Rs. 850 per MMBTU as compared to home delivered price of LPG @ Rs. 2,000 per MMBTU and domestically produced natural gas is priced up to Rs. 700 per MMBTU, official of Petroleum Division – disclosed.

Currently 600 mmcfd LNG is being imported and its volume would be doubled soon. LNG greatly helped in meeting the country’s energy requirements as all gas-based power generation plants are now functioning fully, over 1200 CNG stations restarted their operations, industrial and fertilizer sectors getting uninterrupted supply, which is not less than any miracle.

Before LNG import, Pakistan was importing upto 2 million tons of urea fertilizer to meet deficit due to shortage of gas and now it is exporting over 500,000 tons of fertilizer and entire power generation sector is getting full gas supply, besides Nandipur power plant had also been converted on RLNG. Three new power plants with capacity of3600MW are running on LNG.

In 2015, the country got its first LNG terminal, which was built in the record period of 11 months and is injecting 600 MMCFD of RLNG in the national system to meet the existing energy shortfall. Normally, a terminal takes around three to four years to complete and become operational, but it was the hallmark of the present government to set up the country’s first LNG terminal in just 11 months. The second terminal is scheduled to start functioning shortly at the Port Qasim. Now, world’s major players are showing interest to invest in LNG sector of Pakistan by setting up their own terminals and developing supply networks to supply gas to consumers through third party access.

Pakistan is building deeper relations with many countries through oil and gas deals on a government-to-government basis after the successful model of oil imports from Kuwait, and in this context, LNG import deals with various countries, including China, Turkey, Russia, Malaysia, Indonesia and Oman are being negotiated. 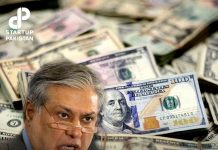 NdcTech and TEMENOS vision for Bank of the Future

Cat and mouse between IGP and CM Sindh, Imam says he...