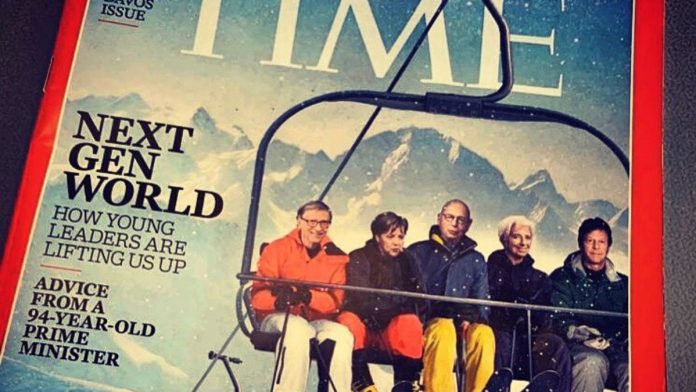 Times magazine included Prime Minister Imran Khan to its cover among other leaders of the world. Times issued a special edition ahead of World Economic Forum, which is going on in Davos, Switzerland.

PM Imran Khan, who is in Davos to attend WEF, will address the forum as well meet world leaders and heads of companies. After arriving in Davos, PM met with President Donald Trump on the sidelines of the forum.

Other leaders, who are featured on the cover include German Chancellor Angela Merkel, Microsoft Founder Bill Gates, Europe’s Central Bank President Christine Lagarde and Executive Chairman of the World Economic Forum Klaus Schwab. US President Donald Trump can also be seen in the cover picture, but behind the other leaders.

The leaders are on the cover of the magazine are there to show the development and leaders who are contributing to battle climate change in the world. Interestingly, the Times has given a place to US president behind all other leaders.