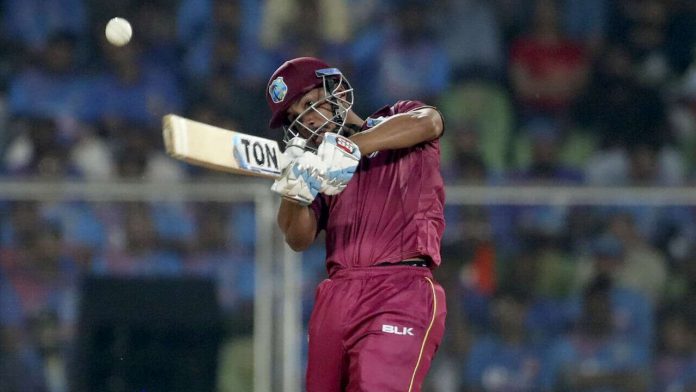 West Indies level T20I series with India by beating India in the second T20I. The match was played in Thiruvananthapuram on Sunday. India got blown away by eight wickets with Simmons’s power hitting. Lendl Simmons played a brilliant innings and smashed 67* of 45 balls to register a decisive win against the hosts.

Earlier, India batted to give a 171 target on a challenging pitch. S Dube was the highest scorer with 54 and a good hand by Rishabh Pant ensure that India get to the 170.

Chasing the competitive target of 171 West Indies started wonderfully and smashed India all around the park. Evin Lewis made 40 of 35. Hetmyer got out on 23 after which Simmons and Nicholas Pooran got the job done. Pooran played a rapid 38 of 18 innings to take West Indies to the 171 runs target.

In the post-match ceremony Simmons described his innings and said “Like playing against India. They are a challenge. Glad to have got the opportunity again. It did not start as I wanted today. I am a bit old school. I take my time and then get going. I understand my role in this team. I knew Pooran and those guys will get boundaries later on, I tried to stay for long.”

Simmons got the man of the match award.

The third and final T20I will be played in Wankhede Stadium in Mumbai on Wednesday.