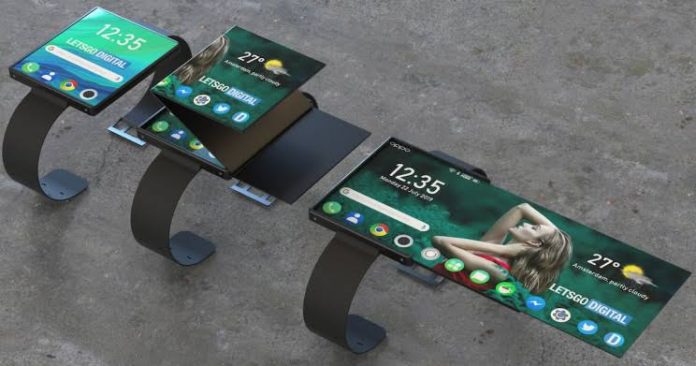 So in accordance with a new report that has surfaced, the report has suggested that the Chinese manufacturer OPPO are looking all set to announce their very first smartwatch this year. OPPO have themselves confirmed that its smartwatch shall be announced in the first quarter of 2020, which means we have between now and the end of March before the company eventually come out and announce the smartwatch and possibly what this smartwatch will bring to the table.

So far we are already aware that the upcoming smartwatch will have a rectangular/square dial somewhat like that of the Xiaomi Mi Watch. Now it should be noted that last year, the Vice President of OPPO, Brian Shen made a post on Weibo at a time when their competitors, Xiaomi were about to come forward with the launch of theMi Watch took a dig at the company for making a smartwatch which was so similar to that of the  Apple Watch Series 5. In addition to things, the company’s Vice stated that a rectangular dial looks better than a circular dial as it can display more information than a circular one can. However, he did add that a circular dial (for a smartwatch) is better in terms of aesthetics since it looks like a traditional watch.

Moreover, a leak coming in from Digital Chat Stations has suggested that the new device from OPPO will also be able to measure ECG/EKG. With this particular feature of ECG, users owning the watch shall be able to carry out a test to see if their heart has any abnormalities or has any sort of irregularities that need to be checked which by all means is an amazing feature to have on your wrist. This a more advanced feature than just measuring the owner’s heart rate. It should be noted that there are other smartwatches which have this ECG technology built-in as well and the most popular out of the bunch  are the Apple Watch Series 5, the Samsung Galaxy Active 2, Withings Move ECG, and the Amazfit Verge. So while having ECG is great, the OPPO Smartwatch will have to pack extra features to give it an edge over its competitors.

Is Apple working on something special?