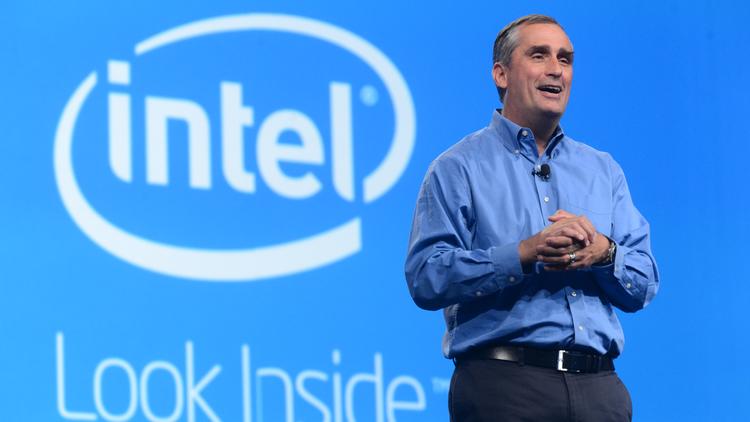 Intel CEO Brian Krzanich welcomes thousands of developers to the 2016 Intel Developer Forum in San
Francisco on Tuesday, August 16, 2016, with an opening keynote presentation. His presentation offered perspective on the unique role Intel will play as the boundaries of computing continue to expand.

The 2016 Intel Developer Forum (IDF) kicked off today in San Francisco with an opening keynote by Intel CEO Brian Krzanich. Krzanich articulated the company’s vision for the future of technology spanning virtual reality, autonomous driving, the industrial Internet, and the important role developer’s play in bringing this future to life. On
stage, and in an editorial on Medium, Krzanich explained his vision for merged reality — a new way of experiencing physical and virtual interactions and environments through a suite of next-generation
sensing and digitizing technologies.

According to Krzanich, “Merged reality delivers virtual world experiences more dynamically and naturally than ever before – andmakes experiences impossible in the real world now possible.”

Below is a summary of the IDF Day 1 news.

·         Unveiled Intel Project Alloy, an all-in-one virtual reality solution that features the compute and sensors integrated directly into the headset and leverages Intel® RealSense™ technology. Project
Alloy will be offered as an open hardware platform in 2017.

·         Introduced the new Intel® Joule™ platform for the Internet of Things. This new high-end compute platform is capable of delivering human-like senses to a new generation of smart devices and is now available.

Huawei Soon Will Be The Market Leader Digital Times Industry

Apple to set up 2 R&D centers in China

The Google Online Shopping Festival hits Pakistan and it’s everything we...