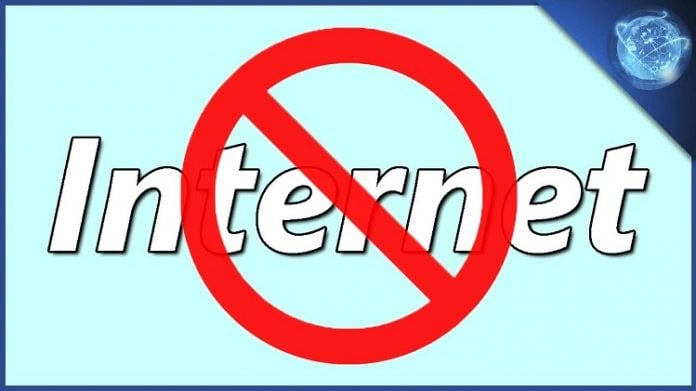 Dubbed as the Azadi March, Maulana Fazl-ur-Rehman is in full flow as he didn’t allow the huge train accident to get between his Azadi March and despite other opposition parties delaying the protest in respect for the casualties, Maulana has gone with his plans and has announced that there will be no delays in the march. Internet and phonw services to be shut down in site in area.

Maulana firmly believes that the entire country is united and agrees on the decision that Imran Khan should resign as the Prime Minister. The starter of the trend, PM Khan has been unmoved by the march and PTA has decided that all communication services would be shut down in the areas where the march is being held. The massive number of people participating in the march would be without internet services and mobile services.

The designated areas include G-9, GET, HIT and IIT Sec, according to the officials. The reasons for the shutting off of these services have been stated for security purposes and it is believed it will prevent such situations from erupting by causing a storm on social media, which has been previously used in numerous political campaigns to not only influence voters but also caused a huge dilemma in the 2016 elections because of which Facebook had to face the heat of Congress.

In Pakistan, it also has similar results on social media as Maulana’s supporters have been regularly posting videos on social media of the massive number of people gathered together to riot against the government.

As much as effective as it was at the time of Imran Khan, such a trend is very harmful towards the economy and the international reputation of the country and rather then opposing the government through facts and more effective alternate measures that will advantage the country, political parties have started using sit-ins to get the government to start listening to their demands and this extortion displays Pakistan in a very negative image, but unfortunately, this is the case and is harming not just businesses but also the lives of people.

NetMag Staff - February 28, 2020
0
Infinix, with its latest and high-quality premium products, is one of the leading smartphone brands in Pakistan. It has continued growing stronger,...
edit

Android Pie served out to OnePlus users, but not All seem...

Now, you can detect bombs and guns through ordinary Wi-Fi