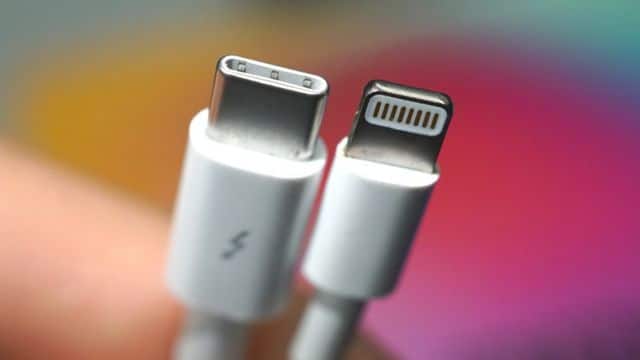 Apple will drop the custom Lightning port and replace it with USB-C on all or perhaps certain versions of its iPhone 15 range expected to be launched in the second quarter of 2023. Apple analysts Ming-Chi Kuo announced today.

Since the launch of the iPhone 5, Apple has retained it’s Lightning port for the iPhone despite a large portion of the market moving to USB-C. In an earlier tweet posted today, Kuo said that the most recent survey of supply chain suggests that Apple is likely to ditch Lightning to go with USB-C by 2023. Kuo pointed out that USB-C could enhance transfer speeds for the iPhone and speed up charging.

Kuo previously previously stated that Apple would continue to use Lightning in the iPhone for the “foreseeable future,”” declaring that the switch to USB-C is harmful to Apple’s MiFi business , and is less waterproof than the specifications. However, Apple has reportedly changed its stance. One reason Apple might have for its alteration of its stance is pressures being imposed on Apple through the EU.

The EU is moving forward by passing new legislation that would require Apple to implement USB-C on all iPhones iPads, iPhones, and AirPods that are sold in Europe. If the legislation is passed would force Apple to either deliver specifically designed USB-C equipped versions for its devices to Europe and keep the other countries with Lightning or to adopt USB-C to all of its products across the globe.

A majority all of the iPad range already has USB-C ports that allow for faster speed of transfer from other devices like cameras. Cinematographers and photographers who are a segment that Apple has been eager to attract with its top-of-the-line iPhones and iPads, the Lightning port can be an obstacle to the transfer of massive photo and video files. Moving to USB-C could simplify the workflow, making it much easier to transfer files, and be supported by a wider range of USB-C-compatible accessories.

Initial speculation suggested that Apple kept its Lightning port for the iPhone until it was ready to be completely port-less using MagSafe to charge and transfer files. MagSafe was introduced for the first time on the iPhone with the iPhone 12 in 2020, making it an extremely new feature for the iPhone. The pressure from the EU might have led Apple to consider rethinking its plan to go completely portless making it mandatory to meet the upcoming regulations and shift its iPhone onto USB-C.

Copy and paste the brain?