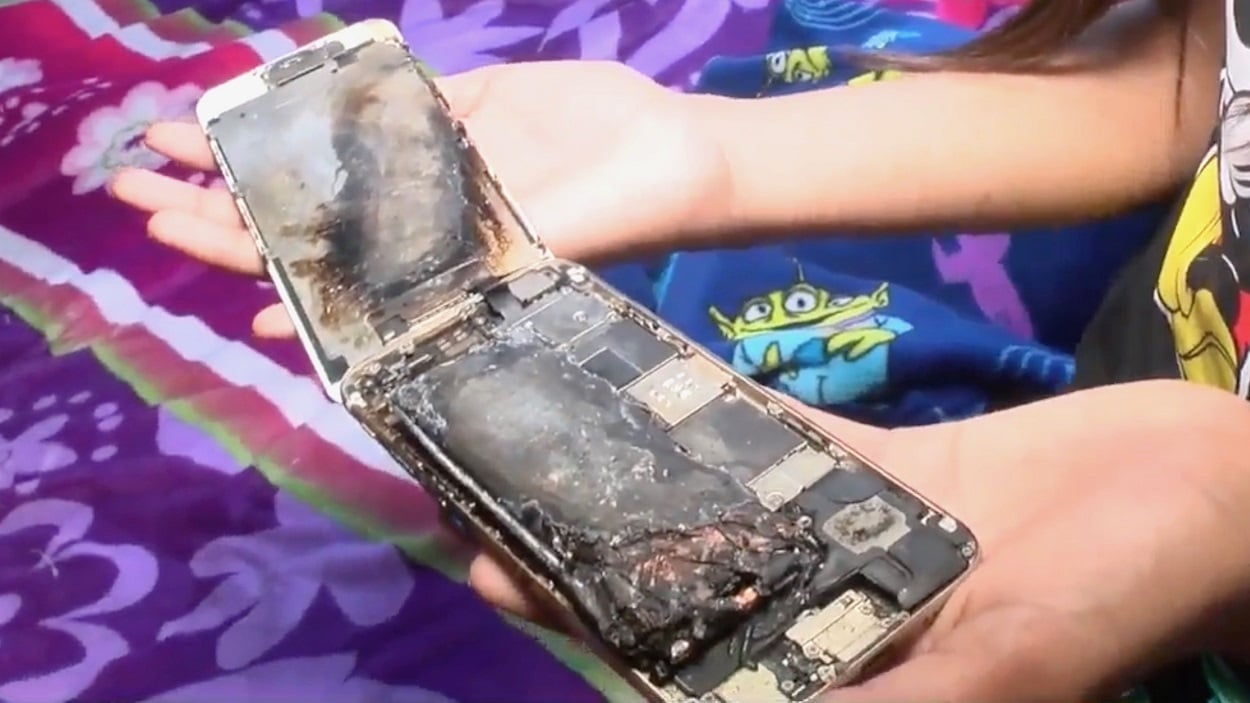 In the latest of news which surrounds smartphones catching fire : something which has occurred time and time again, an 11 year old girl from California was the recipient of bad news as her iPhone 6 caught fire and burned holes in her blanket once she threw the device on it – media has reported.

The girl said : “I was sitting down and I had my phone in my hand and then I saw sparks flying everywhere and I just threw it on a blanket. I was right here on the bed and the phone managed to burn through this blanket and make these holes.”

The girl’s mother – going by the name of Maria Adata then called Apple support, being told that she should send pictures of the phone, as well as shipping it to the retailer.

Must Read: Xiaomi Mi A3 launch date revealed – the device will arrive in Poland first

In accordance to Apple itself, there may be a variety of reasons as to why an iPhone may catch fire. Amongst them include users developing the habit of using unauthorized charging cables as well as unauthorized chargers.

Unfortunately enough for Apple and its reputation, this is not the first time that a device from the company has caught fire. As a matter of fact, just two years ago, a viral video present on Twitter claimed to show an iPhone 7 Plus catching fire. More recently though, in December, a man from the state of Ohio claimed that his iPhone XS Max caught fire – which promoted the device to explode while being in the man’s pocket.

Granted that it isn’t too often that Apple products seem to catch fire and it isn’t at all comparable to what followed with Samsung and its Note 7 disaster, the cases for phones catching fire are surely on the rise. Just recently, it was reported that a person in India faced a similar situation when his OnePlus device exploded. While the cases are indeed rare, device manufacturers should take steps in order to make sure that even in all rarity, such events do not take place.

NetMag Staff - July 2, 2020
0
Currently garnering rave reviews for her brilliant performance in a negative role in Pyar Ke Sadqay, the versatile Yashma Gill is all...

Muahmmad Mustafa - July 2, 2020
0
The locale instruction expert on Tuesday established a request advisory group to test into the charges of provocation against instructors of a...
- Advertisement -