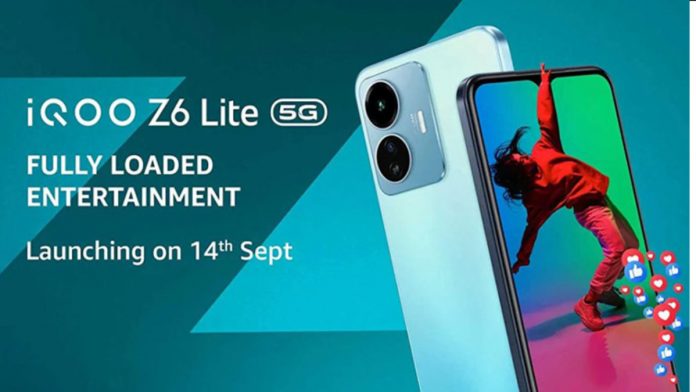 iQOO earlier stated they would be launching it had previously stated that the Z6 Lite, which will launch on September 14th it will run the latest Snapdragon 4 series CPU, that we have now learned is the recently revealed Snapdragon 4 Gen 1 SoC.

The IQOO Z6 Lite will be the world’s first Snapdragon 4 Gen 1 powered phone, and has scores of 388,486 in AnTuTu’s benchmark test.

Also Read: Oppo will stop including chargers in certain models

While iQOO hasn’t announced the full list of specifications yet, the company has already demonstrated its design and stated that the device would feature 120Hz screens. Furthermore it is expected that the Z6 Lite will support 5G networks.

The gaming performance as well as the cameras that are part of iQOO Z6 Lite will be presented on the horizon.

Then, we’ll return to this Snapdragon 4Gen 1 SoC it’s a processor of 6nm with an octa core CPU operating at a maximum speed of 2GHz.