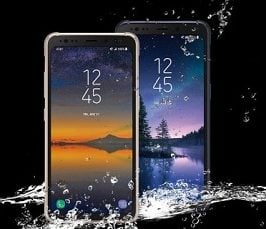 Is this Galaxy S9 Active really a rugged variant of the Galaxy S9. Rugged phones are something more than interest for me, that’s why I always search for these devices when feeling bored, and often times this activity makes me wonder. But this time it was more than a wonder when I went through a blog pointing out at a rugged phone by Samsung. Let me share with you.

Well guys, a leaked spec sheet that appeared online on April 24, suggests that a ruggedised variant of Galaxy S9 dubbed as the Galaxy S9 Active is in works by Samsung.

The leaked spec sheet has suggested that the phone will be equipped with a massive 4000mAh battery.

According to the leak from a website we have never heard before, the ruggedised Galaxy S9 Active, bears the model number SM-G893 and is the subsequent successor to the Galaxy S8 Active (SM-G892) & the Galaxy S7 Active (SM-G891). 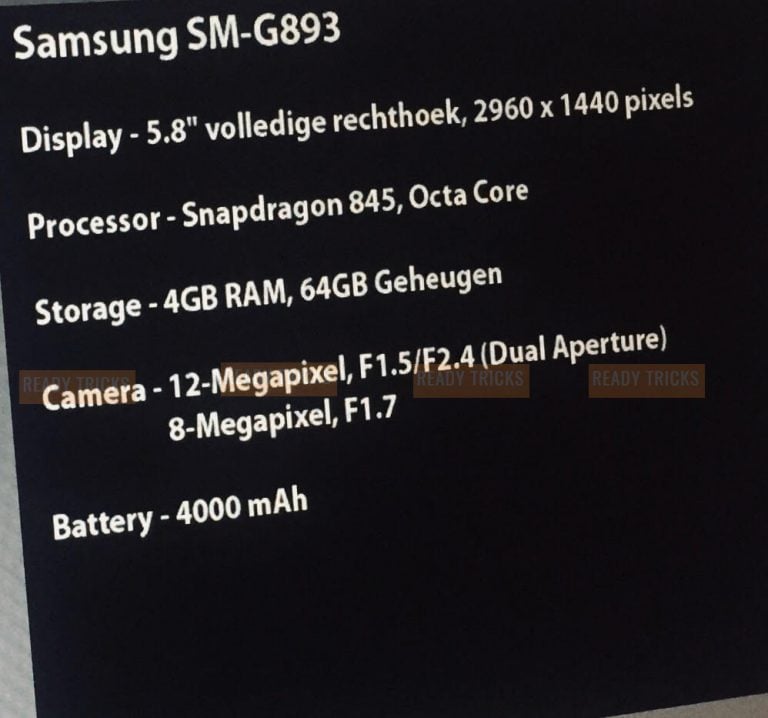 The phone is alleged to feature a flat 5.8″ screen, and will equipped with a Snapdragon 845 alongside 4GB of RAM.

Because the spec sheet was obtained from a dubious-looking website, we will not urge you to look at the information more than a leak. Rather we suggest you to be somewhat tricky about the news.

It is worth mentioning that source of the leak is “Ready Tricks”, that claims that the unit sports the same camera setup as the Galaxy S9, with a single 12MP dual aperture sensor (f/1.5 & f/2.4) on the rear as well as an 8MP one (f/1.7) on the front, alongside 64GB of internal storage.

Interest seeking aspect of the phone is a 4000mAh cell which would put it on par with the Huawei P20 Pro. That is also the same size of battery which Samsung is expected to bake into its upcoming Galaxy Note 9.

Date for official announcement of the Galaxy S9 Active is not known up till now, however source of the leak believes that Samsung will announce the device in Q3 (July, August & September) of 2018.

Do you have any reason to believe the leaks? Well, though not much obvious about it, it gives me an exciting feeling to think of the phone that returns your money due to its ruggedness.

Is Samsung looking to merge the Galaxy Note and the Galaxy...