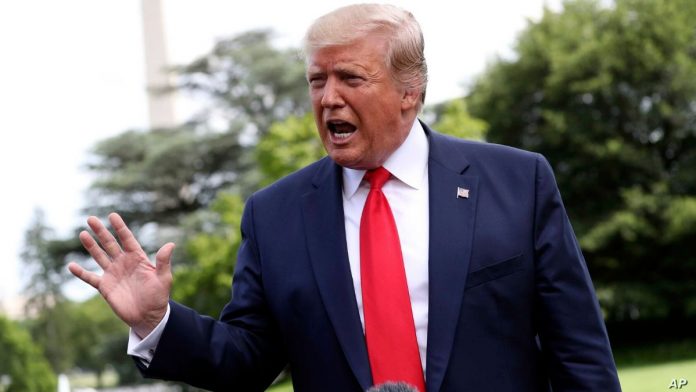 So a report from Islamabad has it that a local court in the city has formally issued a notice to the President of the United States, Donald Trump, the notice demands that damages should be payed for by the government for the way they handled the pandemic which has in turn resulted in the Virus spreading more rapidly. A citizen, namely, Shah Sarwar has filed a petition which is for the fact that his father Omar Khattab, who was earned money for his family and he was the only one to do so for his family, died because of the negligence of the government.

In addition, the petitioner has taken on board and written to the Secretary of National Health Services, Chairman NDMA, Country Head of the World Health Organization, and the US President Donald Trump seeking some sort of comfort in this difficult situation. He is in turn looking for  Rs. 49 million in damages to be paid by the  government stating the obvious that his father died because the government did not handle the situation the proper way. It is understood that, Haider Ali Shah’s the Civil Judge for the said Court has in turn accepted the plea for hearing and has also gone one step further by issuing  issued notices to all parties, including the federal government and is seeking a reply from all parties.

Must Read : Aziz Com Mirza Sentenced to Imprisonment for Committing Fraud in Dubai

Sarwar’s counsel, Arif Gigiani, spoke to media and he told the media that the first hearing of the said casewas held on Wednesday in which the court declared that the petition was admissible. He also said  that the notice which was reserved for President Trump shall be issued to the US Embassy in Pakistan. Answering the question as to why Donald Trump was involved in this as well, the counsel stated  “The United States is the largest donor to health care, so it was the United States’ job to control the virus promptly through the World Health Organization”.

Another reported questioned the counsel seeking the answer to the questions as to why China was not involved in the notice, as that is the country where the virus originated from and spread throughout the world. In a reply the counsel were of the opinion that the Chinese did all they could in order to contain the virus by imposing a lockdown in the city of Wuhan, the city from where the virus originates. He also maintained the fact that China had fulfilled their responsibility by informing the World Health Organization (WHO).

Gigiani also says that when the virus striked Pakistan, irresponsible government were unable to contain it and as a result, a father got infected while he was on duty and to make matters worse, he was not tested at any government hospital. He had to pay Rs. 10,000 in order to get a test from a private laboratory which confirmed the infection. The family spent all of their savings in trying to save the man, but as God would have it, he died.