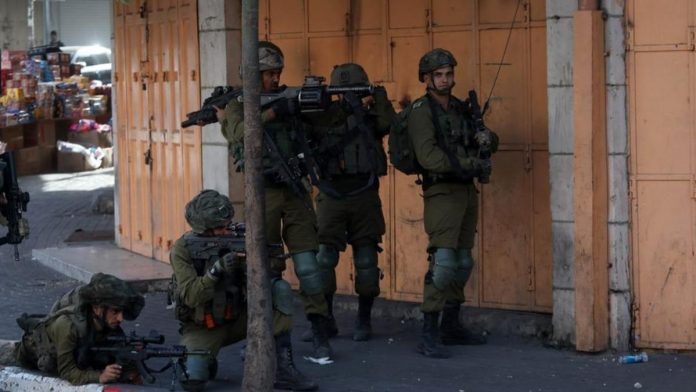 The 18-year-old was killed at the scene in Nablus city, medical personnel say and the that the occupying Israeli forces also injured 30 Palestinians and three critically.

Israeli forces have killed one Palestinian teenager in Israel’s occupied West Bank city of Nablus and injured dozens of others.

Palestinian medical professionals identified the man killed in the early hours of Thursday morning as Waseem Khalifa, aged 18, from Balata one of the biggest refugee camps in the West Bank.

At minimum, 30 Palestinians were injured and four were shot using live ammunition and three who were critically ill The Palestine Red Crescent said.

Massive army units belonging to the Israeli army swarmed Al Quds and Amman Streets and the area around Joseph’s Tomb, east of Nablus and Askar as well as Balata camps amid violent clashes in which live ammunition tear gas, tear gas, and bombs with sound were fired. the Palestine’s official information agency WAFA said..

The Israeli military told Reuters that it was investigating the incident.

The latest murder of the Palestinian follows the incident in which Israeli aircraft pounded into the bombed Gaza enclave, which saw Palestinian fighters respond by firing hundreds of rockets, which injured 70 Israelis.

At at least at least Palestinians have been killed during the conflict in Gaza including civilians and children. Hundreds more were wounded over the course of the 56-hour battle.

Israeli forces have conducted daily raids in the West Bank, which is occupied by Israel. West Bank in recent months.

Russian smartphone market sees decline, which is then likely to continue