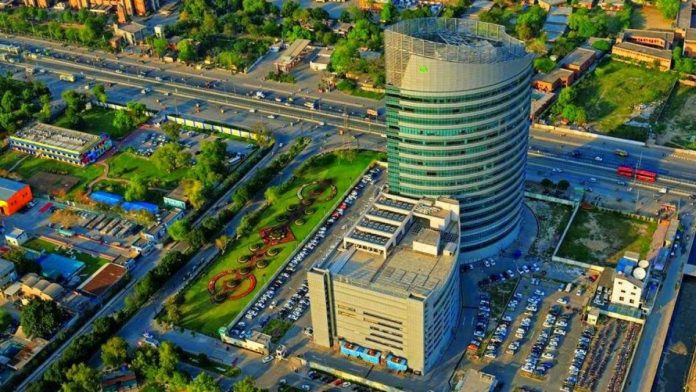 In the past 10 years, Pakistan has emerged as one of the fastest growing exporters of IT in the world. It is among the few sectors that offer real benefits for the nation without the need to import anything.

In the Fiscal year 2022(FY22) Pakistani IT industry has recorded record-breaking payments to the IT industry in the amount of $2.616 billion, surpassing records from all previous years. In the previous year, the revenue of the IT industry of Pakistan stood at $2.108 billion that is up by 24% in the current year.

The Government of Pakistan has set an ambitious goal of $5 billion over the next year FY23. The Government has massive plans for the coming months for the IT industry in Pakistan.

Here are a few reasons Pakistan is able to achieve this goal.

Progress is made at every level of all levels of IT industry. In 2018, the National Centre of Artificial Intelligence (NCAI), Lahore was constructed, and is currently involved in all international forums and representing Pakistan and working to export high-quality AI products into Pakistan. NCAI is hard at work every day to teach Pakistani students to be successful in the area of AI and bring significant improvements into Pakistan’s economy. Pakistani economy.

In addition there are a lot of other private and public labs that produce AI hardware and software including ITU NUST LUMS along with PUCIT as well as FAST. These institutions provide the latest knowledge and training for enthusiastic IT students.

Incentive Programs for IT Investors

The government offers a slew of incentives to those who are involved in the IT growth in Pakistan. It is the Ministry of Information Technology (MoITT) has granted a 100 percent tax credit on profits from IT exports, profits and profits earned generated by IT industries. The tax credits are valid until June 2025. MoITT has also announced that it will provide 100 percent equity and repatriation to foreign investors who invest in Pakistan’s IT-related businesses.

The Government of Pakistan has given an all-inclusive tax holiday for all technological companies in Pakistan until 2024.

Pakistan has more than 17,000 software businesses across the country, which includes AI service providers, and telecommunicators. These companies not only help in bringing money to the nation, but they provide employment opportunities for youngsters IT professionals and inspire them to become better in IT.

Pakistan is awash with tech freelancers, who play an enormous amount in the IT exports from Pakistan. There are more than 100,000 IT professionals who work remotely for multinational companies and their wages play a an important role for IT exports.
For more than a half-decade some of the pioneering movers in the IT sector have been striving to teach Pakistan’s young people the abilities needed to be freelancers. The likes of Sunny Ali, Saqib Raza, Rehan Allahwallah, Azad Chaiwwala and many more have created a cult of the freelancers of Pakistan. The rise of freelancers is rapid as they have become a popular subject and a career option for the younger generation of IT enthusiast. A lot of freelancers have opened their own teaching institutes as well as software houses that teach more students and also bring in more direct cash from foreign customers to Pakistani banks.