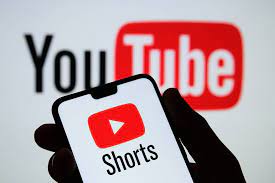 The New Year is just weeks away, and YouTube wants to provide you with more power. It is true that YouTube has rolled out a number of new tweaks and updates, one of the most notable ones being giving users the choice of choosing a frame of their clip as the thumbnail for their short as part of the short creation process. In fact, the company has created tools to help users edit their Shorts videos and it saves them a lot of time and effort in the process.

Users were also provided with the option of uploading a thumbnail from their shorts in the past, but with this new process, one will be able to create and upload a thumbnail within the original upload flow, thereby speeding up and enhancing the overall experience.

With the help of the Shorts Editing Tool, you can select a thumbnail frame by following the steps below:

Currently, it is not possible to change the thumbnail when a short is uploaded on YouTube, but in the future, this functionality will also be available for shorts, as it is for regular YouTube videos.

In addition, we have good news to share with you because this functionality will be available to all users today.

The new YouTube Creators channel has also been updated with mythbusting videos that are currently available on the YouTube Shorts channel. They can provide information regarding various aspects such as algorithms, common tips, best practices, and more, so that users are able to make informed decisions.

Furthermore, YouTube has rolled out an automated system named Aloud that will allow users to dub videos with ease. We will be using it to dub YouTube’s content in other languages so that it can be viewed in other countries. It will be possible for users to record videos in English and then convert them into various languages in order to reach a wider audience, so that more people will be able to watch them.

The good news is that you can dub a video Aloud within a few hours and it is completely free of charge. In light of the fact that 80% of the world does not speak English, you might find this tool to be one of the easiest ways to expand your audience.”

In my opinion, the only issue with this video is that the lips don’t go with the voice-over, but as long as the content is giving good information, then it’s worth it in my opinion.

There is also a new chat stream engagement option called “YouTube Emotes” that has been announced by the company. As a result, users will be able to share little graphics within their comments on clips.