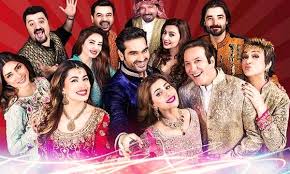 The last debacle of the movie with Urwa Hocane’s somewhat item number, 24/7 Lak Hilna failed to impress. However, the new song comprising the ‘it’ couple, Humayun Saeed and Mehwish Hayat highly makes up for it.

Urwa Hocane’s ’24/7 Lak Hilna’ might be the upcoming Shaadi anthem but it would not be a part of our weddings!

The song, Ae Dil portrays the saddening time of the break-up of the couple. And both of the stars Mehwish Hayat and Humayun Saeed did their best to take the song’s ranking towards the top.

The video of the song focuses on the luxurious however very lives of Saeed and Mehwish Hayat.

Mehwish Hayat and Humayun Saeed are no doubt dedicated to their work and are known for their outstanding performance in the film Industry and drama as well.

Apple wants users to store their health data on their devices...