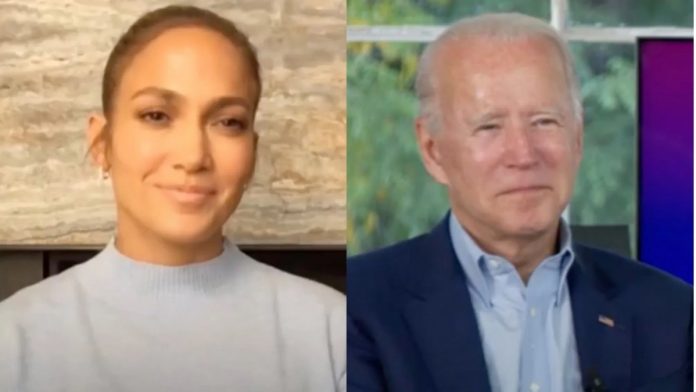 Popular entertainer known for her amazing vocals and acting ability, Jennifer Lopez on Wednesday expressed her utmost gratitude to the now President-elect of the United States of America, Joe Biden after the Democratic leader issued a statement on the situation which has surfaced because of Trump supporters who stormed Capitol Hill in the city of Washington DC. As many of you would be aware, Trump supporters have caused a lot of unrest in the country, especially in the state of Washington, where the White House is also located in. The supporters are crashing and doing acts of vandalism to express their hatred towards Joe Biden and also the resentment they feel towards the election results. This in turn has caused severe unrest in the country, where the COVID-19 is the least of the problems faced by the citizens.

While talking about the situation, Lopez took to Instagram, and the famous singer who has a very big following on the platform shared a picture of Biden with his statement with a folded-hands emoji. She wrote: “At this hour our democracy is under unprecedented assault. Unlike anything we’ve seen in modern times…..Let me be very clear. The scenes of chaos at the Capitol do not reflect a true America. Do not reflect who we are. What we’re seeing are a small number of extremists dedicated to lawlessness. This is not dissent. It’s disorder. It’s chaos. It borders on sedition. And it must end.”

It should also be noted that, when the election results came in and Joe Bidem was officially declared the President of the United States of America, Jennifer Lopez posted a video on Twitter in which she was fairly emotional and was even seen to cry because she was so thankful that Joe Biden was elected as the President and that the tyranny of Donald Trump is finally about to end. However, with the recent developments it seems that Donald Trump will not be leaving his chair in peace!