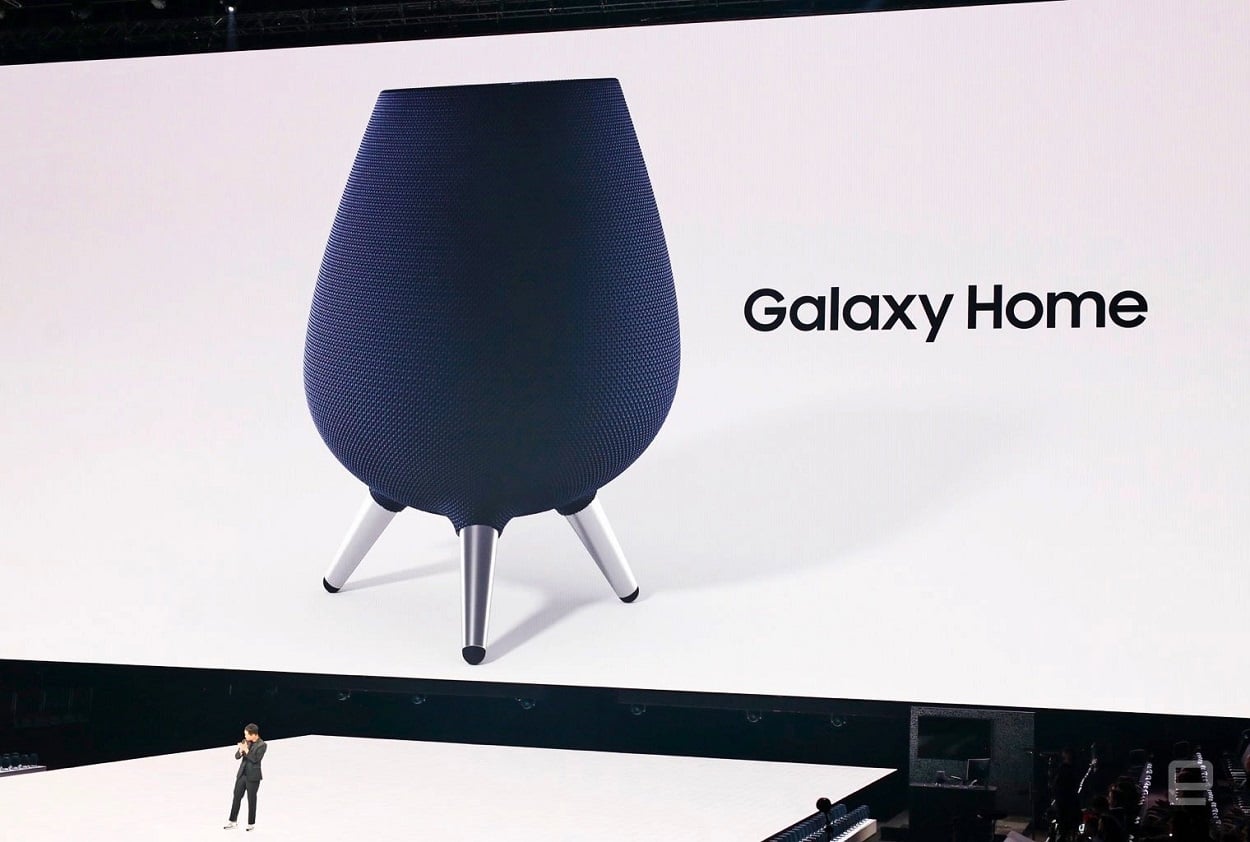 The well anticipated Samsung Galaxy Home smart speaker might finally now make its way into stores soon. According to a spokesperson from Samsung, the Korean manufacturer is planning to launch the Galaxy Home in the first half of 2019.

And so, this does mean that we should see the smart speaker from Samsung by the end of June. This goes on to contradict the earlier rumors which suggested that Samsung would launch the device in early April, with the obviously not taking place.

The Korean manufacturer revealed the smart speaker during its launch event for last year’s Galaxy Note 9 – taking place more than nine months ago. To this day since then, Samsung hasn’t said much about the device, as the company only showed it off in November at the Samsung Developers Conference.

Must Read: S10 series a silver lining for Samsung

When the speaker does finally arrive, it’ll feature in a market of smart speakers which is dominated by the likes of Google and Amazon. And so it is unclear how Samsung’s upcoming device will do when it finally launches.

To Samsung’s credit though, the company had managed to push the high-end audio capabilities of the Galaxy Home during the Galaxy Note 9 launch, so this could mean that the company will go after the high-end speaker market rather than the general consumer market. And if this does turn out to be the case, the upcoming speaker from the Korean manufacturer could go toe to toe with the more premium brands, including the likes of Sonos.

Of course, right now, we know little about the device other than the fact that it’ll probably make its way into the market in June. The pricing details, exact release date as well as the release markets are still unknown, however, we shouldn’t be in the dark for too long.