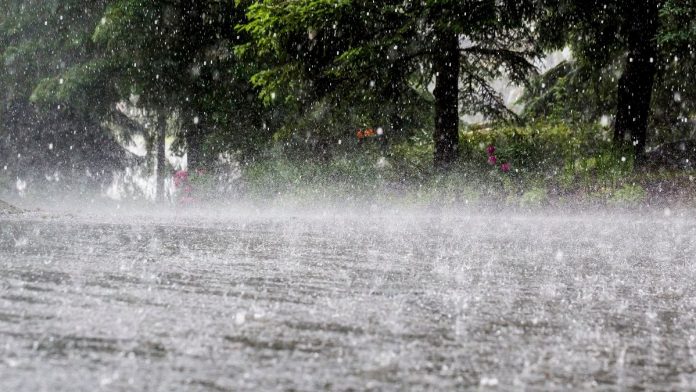 At any rate two individuals including a police officer lost their lives as overwhelming precipitation joined by solid breezes battered Karachi on Friday, leaving significant avenues overflowed and causing across the board power blackouts even as inhabitants hurled a murmur of help from the day’s extraordinary warmth.

Among different harms caused to the city’s framework constantly downpour spell of the period, a mass of the Bandookwala building situated on the city’s I.I. Chundrigar Road crumbled, gravely harming various vehicles left close by, as indicated by police.

A cop, recognized as 30-year-old Arshad Ali, who was posted with the Rapid Response Force of police, lost his life when he endured an electric stun while performing obligation at Bahar-I-Madina Water Pump in Ibrahim Hyderi. The body was moved to the Jinnah Postgraduate Medical Center (JPMC).

The K-Electric (KE), which has just experienced harsh criticism from all sides as of late over successive unannounced burden shedding and objections of overbilling, took to Twitter to state that substantial rains and winds were “causing power interruption all through the city”. It said a portion of its feeders were turned off for “wellbeing reasons”. “Groups are working for quick rebuilding of intensity,” the force utility included.