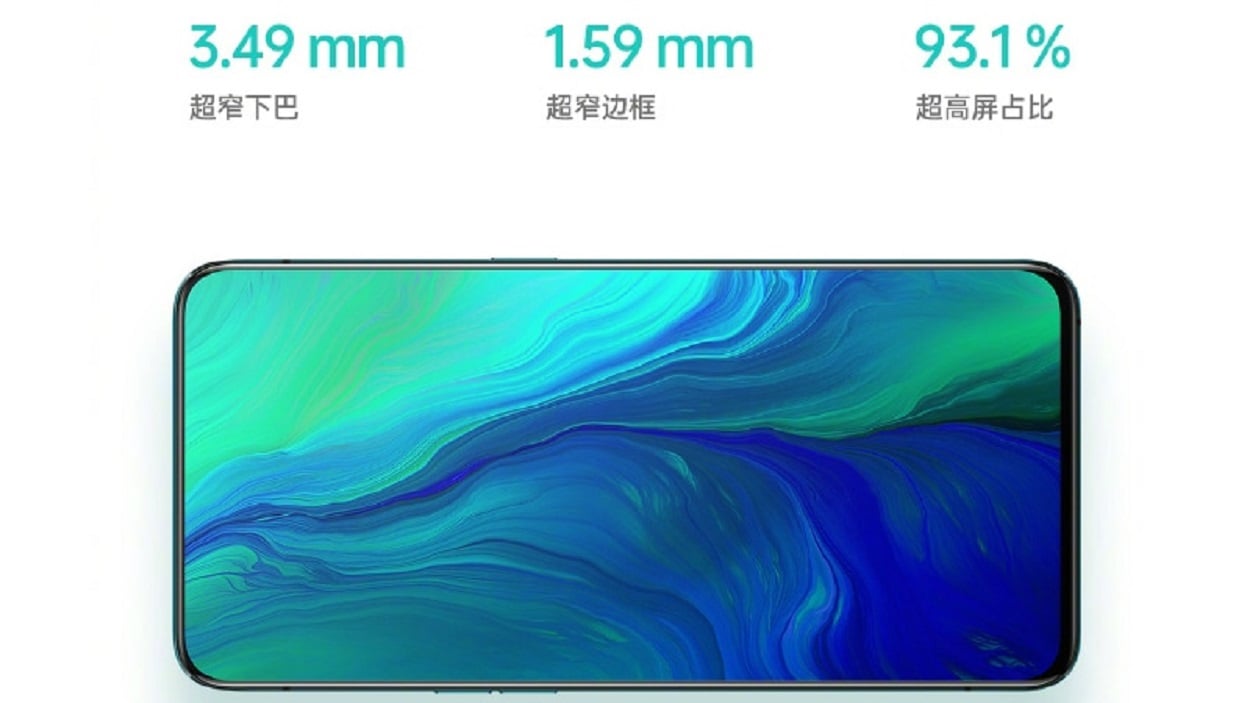 There hasn’t been a shortage over the details of the Snapdragon 710 version of the Oppo Reno appearing over the course of the past few weeks. The device is set to finally kick in on the 10th of April, along with the device that will have the Snapdragon 855 integrated within. The variant of the device that will feature with the Snapdragon 855 is set to carry the support for 10x hybrid zoom. There have also been reports by some valued tipsters that the official name of the 10x hybrid zoom will indeed be called the Oppo Reno 10x Zoom. Reports along with this also grind some valuable specs that the phone is set to feature with.

One Indian tipster in particular has made claims that state that the Oppo Reno 10x zoom will be measuring 162 x 77.2 x 9.3mm, with the device weighing 215 grams. The phone will indeed be equipped with an OLED display. While the exact size of the phone’s screen has not been shared, the device will be offering a screen-to-body ratio of 93.1 percent.

Must Read: FCC certification for the Galaxy A20e

The Oppo Reno 10x zoom will be powered by the Snapdragon 855, and along with this will feature 8 gigs of RAM. The device will kick in with 256 gigs of internal storage, while the Android 9 Pie OS on the device will be integrated along with Oppo’s very own ColorOS 6.0 UI. Other information over the device hasn’t actually been shared, however, it is expected that the tipster will soon share camera specs of the device.

The recent reports have stated that the device will feature with the Sony IMX586 48MP primary sensor within the triple camera setup that it will support. The phone will feature with a 13MP ultra wide-angle lens along with an 8MP periscope lens. On the selfie front will feature a 16MP camera.

The phone is set to feature with a 4065mAh battery which will indeed carry the support for VOOC 3.0 fast charging. On the security front, the phone, like you’d expect from any premium phone in 2019 will have an In-display fingerprint reader integrated within, while the phone will also be equipped with copper tube liquid cooling.

Centralizes punch-hole camera could become mainstream by next year

Time to redefine ‘smart’ in the evolution of the smart phone...

Google is bringing some unity to its messaging app – not...