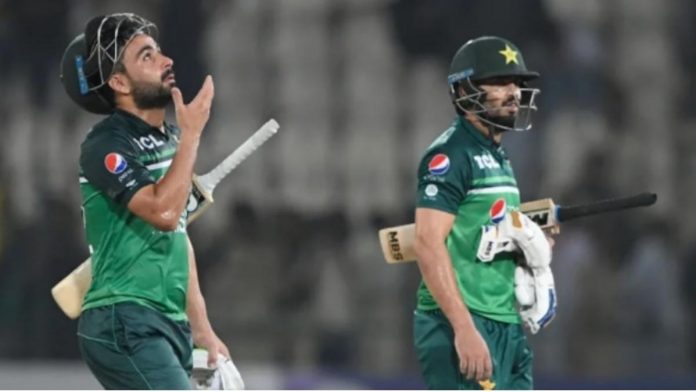 It seemed like Pakistan had lost its way. Enter Khushdil Shah.

The diminutive left-hander, who was only 5’4″, won the first ODI against the West Indies with three sixes from three consecutive balls to delight a packed Multan Cricket stadium in the early hours Thursday morning.

After Mohammad Rizwan and Babar Azam, century-making captains, were quickly dismissed by the West Indies, it seemed that they had tightened their grip on Pakistan as they chase 306.

Khushdil was aware that the asking rate was rising and Romario Shepherd had to be taken to the cleaners in 47th over. The first six went over mid-wicket and the second straight down before the third was over long-on.

After starting the over, Khushdil hit to end it with 24 off.

There was more drama to come. In the next over Shadab Khan was out. The nerveless Khushdil won Pakistan the match in a thrilling finale. Pakistan won by five wickets, with a towering six in the penultimate run. Mohammad Nawaz scored the winning runs. Jayden Seales was then able to score a six in the second over.

Khushdil’s 23-ball 41 was not outshadowed by Babar’s103, Rizwan’s 59, and opener Imam-ul-Haq’s 65. Imam-ul-Haq had partnerships of 103 with Babar and Rizwan and then 108 between Rizwan and Babar. This set the stage for the final heroics.

Prior to the match, the focus was on Multan’s intense heat. There were many water breaks throughout the match to help keep players hydrated.

Pakistan had an ideal start with Shaheen Shah Afridi dismissing Kyle Myers. However, Hope (127) and Shamarh (70) combined for the 154 runs that put the West Indies on the right track for a huge total.

Pakistan’s opener Fakhar Zaman was lost early, but Babar (who hit nine fours) and Imam kept the innings on track. Rizwan made sure Pakistan continued to run at a high pace after Imam was out.