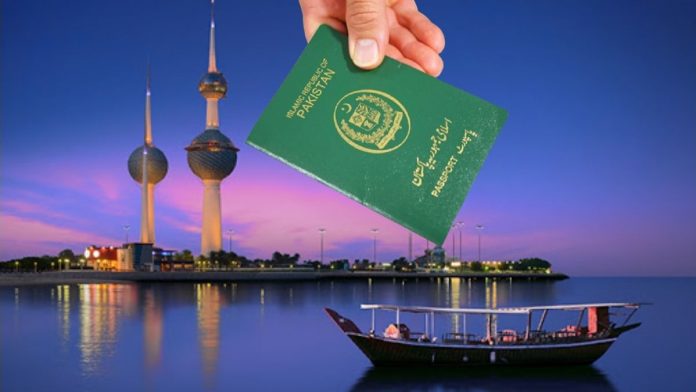 The Interior Minister of Pakistan, Sheikh Rasheed, announced on Wednesday that Kuwait is set to resume the issuance of visas to Pakistanis after it was halted back in 2011 for reasons unknown, but some rumors suggest that two terrorists that tried to assassinate the Ameer of Kuwait had reportedly forged Pakistani passports for which reason the Kuwait government got more stern towards their approach towards Pakistanis. It is worth noting that at the time, Pakistan and Kuwait were on pretty good terms and the incident did cause a bit of a havoc, but the relationship between the two countries, to this day are still friendly.

Moreover, the minister chaired a press conference which was held in Islamabad. Sheikh Rasheed added that citizens of Pakistan will soon be able to apply for visas to Kuwait and explore job opportunities in Kuwait. In contrast, the minister said that the officers who have been sitting in the ministry for 18 years shall be replaced on open merit and those deserving shall get jobs in the ministry.

Also Read: Countries Affected By Covid-19 The Most

The minister was also full of praise for the Prime Minister of Pakistan Imran Khan after he announced a Ramadan relief package which is worth Rs. 8 billion to benefit the people of the nation  country and believes that controlling prices of essential commodities is one of the top priorities for the active government. In addition, the minister also talked about how the government is in the works of  building two new dams in Pakistan which shall generate cheap electricity and open job opportunities for the local people.

He also noted Pakistan Democratic Movement’s (PDM) postponement of the long march and believes that it was an admirable decision seeing as how the rising number of coronavirus cases in the country and the upcoming Holy month of Ramzan. “I want Ramzan to be peaceful. My prayers were thankfully listened to,” added the minister.