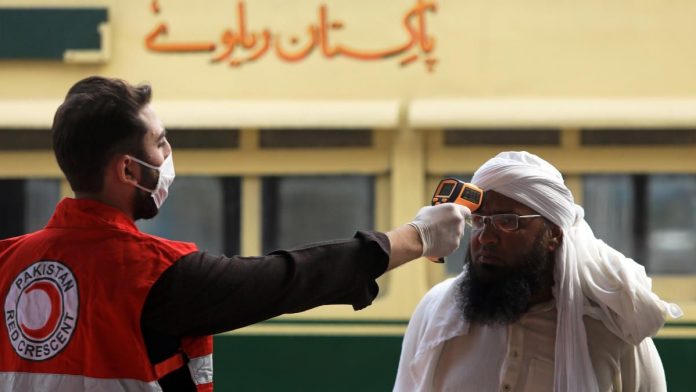 So the Coronavirus has sowed its roots in the country of Pakistan, the current situation has made things much worse then was ever expected and the given the fact that much of the population has failed to follow the required SOP’s, the number is only going to increase day by day. The government has is trying to make the situation better by imposing lockdown once again, but we pretty much lost the battle when the first lockdown was lifted on Eid, following which a record number of cases surfaced in the country, the failure to handle the situation has resulted in a very complicated situation for both the government and its people.

Must Read : IT Ministry Announces the Winners of National Education Challenge 2020

Over the course of the last 24 hours, 2846 new coronavirus cases have been confirmed which has taken the tally all the way up to 209,337, an astonishing number, a number which is unlikely to drop as we move forward. The total number of cases include 75501 from the province of Punjab, 81985 hail from the province of Sindh, 26115 from Khyber Pakhtunkhwa, 10426 from Balochistan, 12775 have been confirmed in the nation’s capital of Islamabad, 1470 in Gilgit-Baltistan and 1065 cases have now been confirmed in Azad Kashmir district.

In line with the number of cases, the death toll that has resulted from the confirmed cases now stands at an unbelievable, 4304 with a record number of 118 deaths reported over the last 24 hours. It should also be noted that 20,930 tests for corona virus were held during this period. A negative situation like this probably doesn’t have a lot of positives to look from, however one positive from the situation is that 98,503 patients have so far recovered from the disease which should be seen as hopeful if nothing more. The current situation demands that we follow the proper SOP’s and that we try our best to stay indoors as much as possible, that is the only effective way to battle this virus at the moment, failure to do so will only result in more cases which will result in more deaths, we have to think about others in this situation.