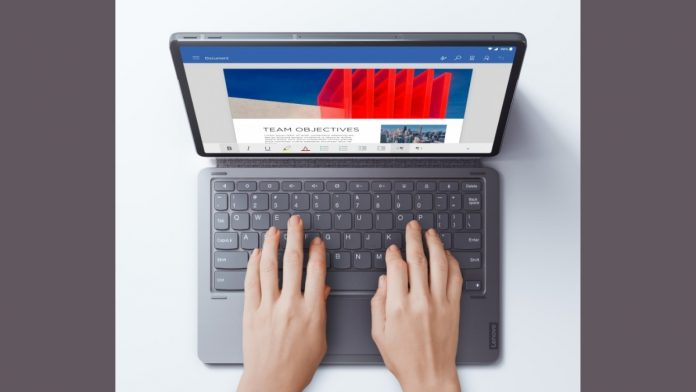 In August of last year, Chinese company , Lenovo launched their device, the Tab P11 Pro and now after more than 5 months, Lenovo has announced a some what toned-down but economical variant of the same device that launched in August. In terms of design, the tablet look almost the same as the predecessor, with minimal changes being adopted by the company in that regard. In contrast, the tablet comes with the same structure and a two-tone design. The major difference that we were able to identify was the addition of a camera bump, other than that not much.

Moving on, the Lenovo Tab P11 Pro that launched in August came packed with a dual-sensor camera at the back while the toned-down Tab P11 packed with a 8 MP single sensor which forms the basis of the camera setup. The has been built around an 11-inch IPS LCD which features a fairly decent 1200 by 2000 resolution. In terms of the hardware of the device, the  Lenovo Tab P11 gains power from the  Snapdragon 662 chipset which has been coupled along with 4 GB or 6 GB RAM and 64 GB or 128 GB expandable onboard storage. On the software front, the device has an Android 10 installed out of the box.

In addition to that, the tablet comes with a very good quad-speaker setup which should give you a decent sound experience when listening to music or watching movies on the tablet. The device carries support for Wi-Fi 6, Keyboard Pack, Dock, and Precision Pen 2 stylus but the main issue here is that, all of the devices mentioned before must be purchased separately, which is a bit of a bummer. Finally, the device comes packed with an amazingly large 7500 mAh battery-pack and has support for 20W fast charging which makes it an attractive buy.

Facebook Users Phone Numbers are Being Sold by a Telegram Bot

A new patent developed by Apple