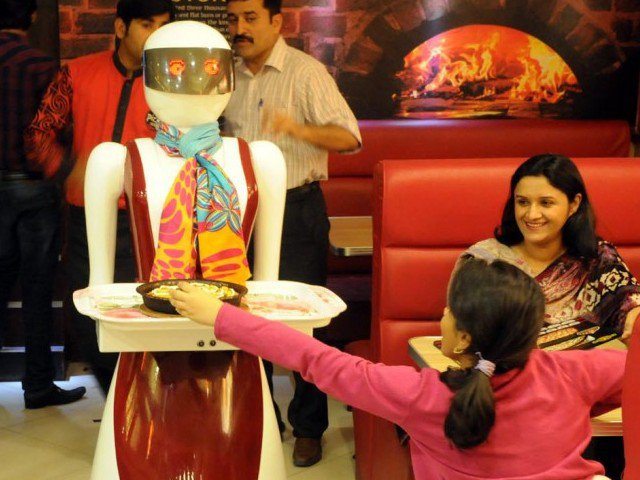 A pizza place in Multan, Pizza.com has suddenly become the focus of costumers’ attention, and not mainly because of and taste and aroma. The reason behind is a rob­otic waitress in the restaurant and serving food to the diners. The remarkable thing is that this robot in question and all of its fundamental technology is totally made from the ground up in Pakistan.

More notably, the robot has been developed by pizzeria owner’s 23 years old son, who is an electrical engineering graduate from NUST Islamabad.

“There is a long queue of customers outside the shop who yearn for dining here, Soon after the news of the robotic waitress spread,” said Syed Aziz Ahmed Jafari, the owner of Pizza.com.

The robot waitress has 25 kilograms weight and capable of carrying up to 5kg of food, the robot also senses and requests the obstacle in its way to provide a way. But at present the waitress was unable to take orders, Osama proclaimed to enhance her functionality in future to take orders.

“Much is needed to advance it. I took the motivation and basic idea from China where robots are working and serving in restaurants already,” he added. 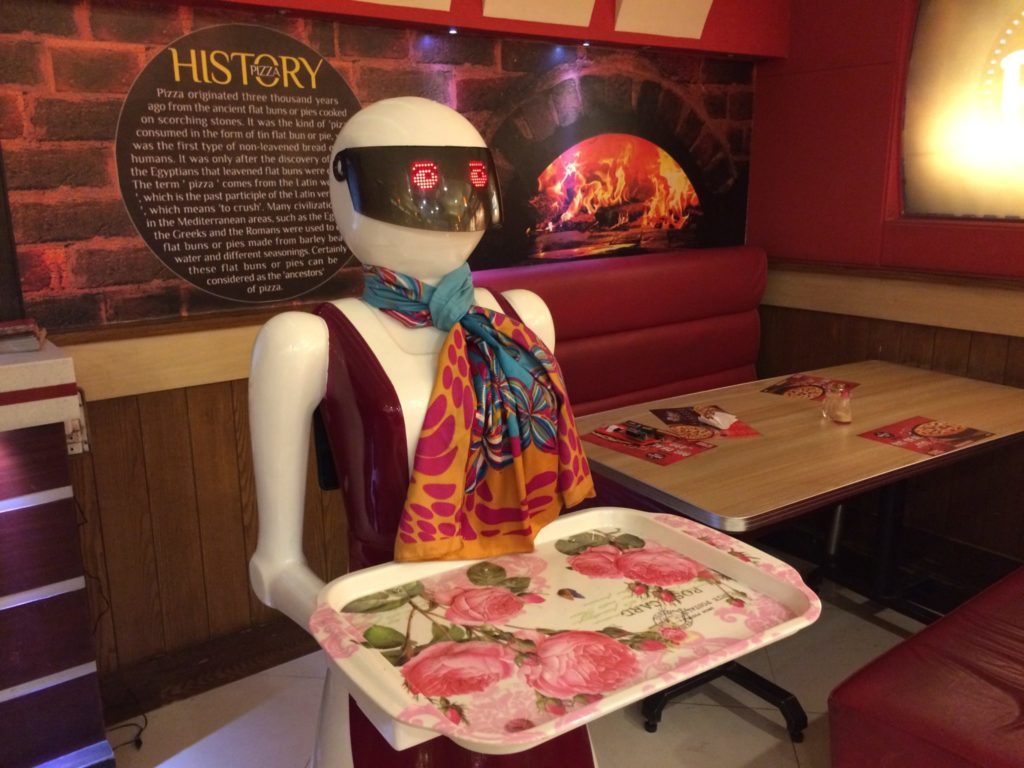 But why did he prefer a waitress to a waiter? “The female body figure is helping the machine to uphold the weight it is carrying. We have put a scarf around her neck to make obvious that it is a female robot,” he said. He said that all the components, both electrical and mechanical, used in the machine were made in Pakistan.

Usama has also received some calls from businessmen who showed their concern in such machines. He also urged the government to come forward and help his mission to advance this technology.

Pakstockphoto – A solution to a problem